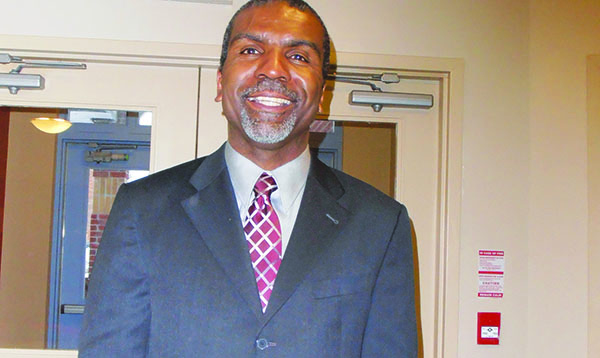 Community Urged To Unite To Save Black Kids

Photo above is of Pastor Michael Morris. Photo by Lincoln Depradine.

TORONTO, Ontario – Caribbean nationals in Toronto must come together in a united effort to protect their children and build a stronger community, a Trinidad-born clergyman urged last Sunday.

“There is no greater unifying factor than our children,’’ Pastor Michael Morris said in a sermon at a special church service marking Grenada’s 41st anniversary independence.

The service, at the Church of the Nativity in Scarborough, was organized by the Grenada Independence Planning Committee and the Consulate General of Grenada in Toronto.

The theme of this year’s commemorative activities is, “Moving Forward in Unity to Build a Stronger Nation’’.

“Unity unleashes power. The Biblical principle is there is power in unity,’’ said Morris. He admitted, however, that unity is a “lofty goal’’, both in the Caribbean and in Toronto.

Morris said CARICOM countries – including Grenada, Carriacou and Petite Martinique; Trinidad and Tobago; and St Kitts and Nevis – all have a common history of colonialism and all are English-speaking.

But achieving genuine unity of people, he argued, requires “common purpose’’ and “common understanding’’ as a “key component’’.

“If we come together united, and have a common purpose, it must come to pass,’’ Morris said. “We can do it.’’

Morris, in remarks directed at the Caribbean Diaspora in Toronto, appealed to them to “unite around something that is of substance’’, other than partying or cheering for regional athletes participating at an Olympic meet.

“We have an ideal opportunity to unite around something that is crucially important to us – our progeny, our children, our generations,’’ said Morris, pastor at Malvern Methodist Church, and a former leading member of the Black Clergy Association of Toronto.

The pastor referred to statistics showing that 90 percent of children – some as young as seven – who are expelled from Toronto schools each year are Black.

With lives also being  lost through violence and imprisonment, young Black men are on “the endangered species list’’, said Morris, adding that up to 85 percent of all hate crimes in the city are also directed at African-Canadians.

Morris said prayers should be part of the unity attempt of the Caribbean Diaspora.

“We could do far more together than we can apart,’’ he said. “I believe we could unite; and I want to challenge you, to let us all unite as one Caribbean people to build a stronger Caribbean Diaspora.’’