New in Pride
Home / International News / Millions Without Essential Health Services In The Caribbean, Says WHO 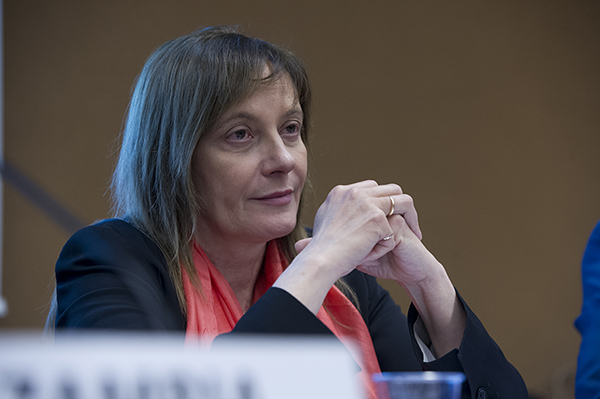 Millions Without Essential Health Services In The Caribbean, Says WHO

Photo above is of Dr. Marie-Paule Kieny, Assistant Director-General, Health Systems and Innovation, at the WHO. Photo courtesy of the WHO.

NEW YORK, New York CMC – A new report by the World Health Organisation (WHO) and the World Bank shows that millions of people in the Caribbean and the Americas do not have access to essential health services.
The report says six percent of 400 million people, who do not have access to these services, are “tipped into or pushed further into extreme poverty because of health spending.”
“This report is a wakeup call: It shows that we’re a long way from achieving universal health coverage. We must expand access to health and protect the poorest from health expenses that are causing them severe financial hardship,” said Dr. Tim Evans, Senior Director of Health, Nutrition and Population at the World Bank Group.
The report, “Tracking Universal Health Coverage,” is the first of its kind to measure health service coverage and financial protection to assess countries’ progress towards universal health coverage, according to the Pan American Health Organization (PAHO).
The report looks at global access to essential health services—including family planning, antenatal care, skilled birth attendance, child immunization, antiretroviral therapy, tuberculosis treatment, and access to clean water and sanitation—in 2013, and found that at least 400 million people lacked access to at least one of these services.
“The world’s most disadvantaged people are missing out on even the most basic services,” said Dr. Marie-Paule Kieny, Assistant Director-General, Health Systems and Innovation, at the WHO.
“A commitment to equity is at the heart of universal health coverage,” she added. “Health policies and programmes should focus on providing quality health services for the poorest people, women and children, people living in rural areas and those from minority groups.”
The report also finds that, across 37 countries, six percent of the population was tipped or pushed further into extreme poverty (US$1.25/day) because they had to pay for health services out of their own pockets.
When the study factors in a poverty measure of US$2/day, 17 percent of people in these countries were impoverished, or further impoverished, by health expenses, according to PAHO.
WHO and the World Bank Group recommend that countries pursuing universal health coverage should aim to achieve a minimum of 80 percent population coverage of essential health services, and that everyone everywhere should be protected from catastrophic and impoverishing health payments.
This is the first in a series of annual reports that WHO and the World Bank Group will produce on tracking progress towards Universal Health Coverage (UHC) across countries.
The New York-based Rockefeller Foundation and the Japanese Ministry of Health supported the report, that was released  six months before the second annual Universal Health Coverage Day on December 12.