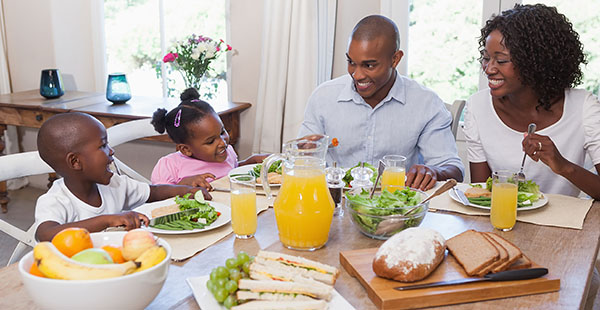 We need a new dialogue, and a new perspective of the parenting process to appropriately prepare our new generation for the challenges and progression of the new age.

Parenting is the single most important process that determines the direction of the world.

It is about molding and directing children to help them achieve their true purpose for existing. Yet many believe that having and raising children is just the thing to do in life; a rite of passage when one reaches a certain age.

Having and raising a child, is in fact the most important relationship that exists, and it is one that determines the future of the world.  It is a never-ending process regardless of how old a child becomes.

In fact, I view parenting as a natural moral obligation, in which every generation is responsible for the acculturation of the incoming generation, so that the incumbents will work to make the world better than they found it.

I love the way the Mystic, Kahlil Gibran, reveals the parent/child relationship in his master piece, “The Prophet”.  He stated, “Your children are not your children.  They are the sons and daughters of life longing for itself.  They come through you but not from you, and though they are with you, yet they belong not to you.  You may give them your love but not your thoughts.   You may house their bodies but not their souls, for their souls dwell in the house of tomorrow which you cannot visit, not even in your dreams.   You may strive to be like them, but seek not to make them like you.   For life goes not backwards nor tarries with yesterday.   You are the bows from which your children as living arrows are sent forth.”

How do you think that we are doing as a generation?

Recently, I heard a story of a young man who was serving time in prison when he learnt that his mother, whom he never knew, wanted to meet him.   His mother was also a prison inmate, serving time for attempted murder.

When he was a baby she fed him baby formula mixed with acid, as a ploy to collect on an insurance policy which she had taken out on his life when he was born.

This horrible story and the dreadful state of affairs around the world seem to be indicative of our performance as parents.  However, all is not lost, since here is another very moving story, this time of a positive nature.

When Dick Hoyt’s son, Rick was diagnosed as a spastic quadriplegic with cerebral palsy, he was devastated.  But, when he and his wife were told to place Rick in an institution, the devoted parents decided to give their son a life of uncommon opportunity, inclusion, and of course, athletics.

His wife Judy fought for Massachusetts’ education reform law, which forced public school districts to accommodate individuals with disabilities, and succeeded.   Dick and Judy’s indomitable spirit, advocacy, and persistence paved the way for Rick to excel in many aspects of his life’s journey, including the education which he was denied originally.  In 1984, he graduated from Westfield High School; competed as an official entrant in the Boston Marathon; attended his senior prom; and had shaken the hands of political dignitaries and sports superstars.

Dick, a devoted father of 72 years old, pushed his disabled son in more than 1000 races, including the Boston Marathon 31 times. What an accomplishment for both father and son!

Parenting is an assignment that demands the heart and soul of a parent.  It requires commitment, perseverance and endurance.  If we look at the example of Dick, we see that parenting truly never ends, regardless of how old our children become.  We also see Judy, a parent who fought for her child’s right to learn in a school despite his disability, but a parent who fought for the rights of all children, not only her own.

We’ve all heard the saying, “It takes a village to raise a child.” I think that it takes a nation.   Many parents are not willing to stand up for other children who are not their own. Many feel it is not their business or place. In today’s theatre of operation, it could be taking a great risk randomly correcting a child.

I think the state of this world tells us that it is time for the village to rise up and take back the parenting role. Let us become more engaged in the parenting process.

My wife and I were involved recently, in a discussion with a group of our boomer friends. We were reflecting on our experiences growing up, and the relationships, as parents, we have with our children.  We all admitted that in retrospect, many of the ways we approached issues, were the ways we were taught from the experiences we had with our parents.

We remembered so well the Caribbean corner-stones/principles of parenting:  ‘Children must be seen and not heard’ or ‘Spare the rod and spoil the child’.  The one I like is ‘Train up a child in the way he should grow, and when he is grown he will not depart from it. (This of course refers to both genders).

We need to have a new collective perspective on the parenting role:

Today’s societal challenges are far removed from the ones we experienced as children, and we need new methods and techniques to be able to relate, connect and guide the incoming generation for the task ahead.

Victor Carrington, a retired public service middle manager — and his wife, Sharmon — were the recipients of the 2015 African Canadian Achievement Awards (ACAA) Excellence in Parenting award.