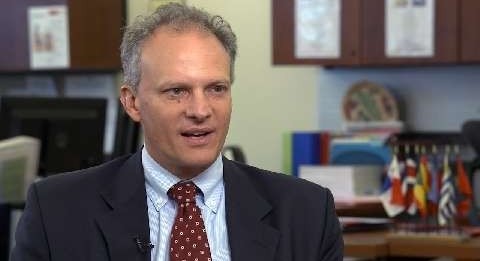 WASHINGTON, DC CMC — The International Monetary Fund (IMF) says growth projections for Latin America and the Caribbean have been revised down further, to 0.5 per cent in 2015, marking the fifth consecutive year in which activity has decelerated.

IMF Director of the Western Hemisphere Department, Alejandro Werner, said the IMF’s last regional outlook in April 2015 focused on the differences along North– South lines, with strong economic activity in the North partially offset by weak growth in South America.

He said the same forces broadly shape the IMF’s updated outlook for the region.

“However, weaker-than-expected U.S. growth at the beginning of the year has lowered growth prospects in Mexico, Central America, and the Caribbean, while a continued decline in commodity prices has further weakened the external environment for most countries in South America.

“At the same time, domestic factors have added to external woes, contributing to depressed business and consumer confidence and, thereby, to lower private demand,” he said.

Werner said the moderation of commodity prices and high corporate leverage imply that investment is likely to remain subdued for an extended period.

“Taken together, these developments suggest a further cooling of economic prospects in the region. In addition to lower growth projections for this year, we expect a weaker rebound in 2016.”

He said however, that the Caribbean economy is projected to rebound in 2015-2016 because of more robust tourism inflows.

But he says the entire region faces a number of risks.

“Continued economic slowdown in China and its impact on future commodity prices, remains the overarching external risk to the region. At the same time, negotiations on Greece could still have negative implications for Latin America, although spillovers to asset prices and, thus, economic activity in the region have so far remained contained.

“Meanwhile, the United States has signalled the start of an interest rate rising cycle before year-end. This could increase market volatility, and exchange rate pressures in Latin America and pose challenges for policymaking in the region. “

Werner said that domestic risks are of equal concern to the region, in particular, high corporate debt, in the context of a tightening of external financial conditions could be a bigger drag on investment than is currently assumed.

“Moreover, from a longer-term perspective, the projected rebound in economic activity in 2016 and beyond would not materialize if business and consumer confidence remain stuck at their current low levels or even recede further. “

The IMF official said that exchange rate flexibility, continues to be fundamental to absorb external shocks, particularly in a more volatile global environment.

“And monetary policy frameworks that anchor inflation expectations will help contain excessive short-run fluctuations in economic activity. Taken together, this set of policies would also bolster confidence in the region, and further boost future economic activity,” he said.