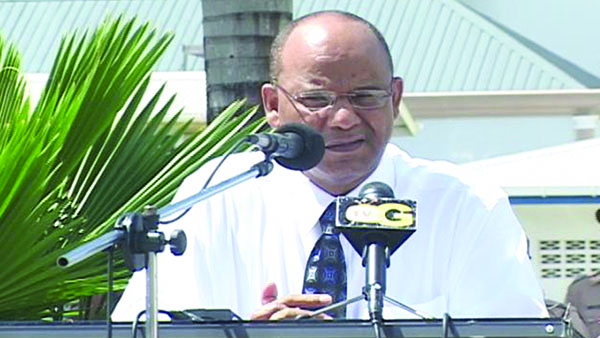 GEORGETOWN, Guyana CMC – Guyana’s main opposition People’s Progressive Party (PPP) last Wednesday, criticized the decision of the government to offer increased salaries to legislators, saying it goes against the government’s campaign promise of a better life for all Guyanese nationals.

PPP general secretary, Clement Rohee, told a news conference that the offer of a 50 per cent increase to senior ministers and Vice Presidents is instead providing a good life for some people.

On Tuesday, Minister of State Joe Harmon defended the offer of salary increases saying he was not prepared to offer any apologies for the salary increases, since it is his fervent belief that it can be justified and it is most deserving.

“The Ministers of government that we have now, justify an increase, the salary of a senior minister is 500-plus thousands a month (One Guyana dollar =US$0.008 cents) … that is what I paid to one of my attorneys when I was in the private practice… why should I not be working for that?” he questioned.

He said too that a careful examination of the Cabinet would reveal that there are persons of quality and, as a consequence, they should be paid accordingly.

“You cannot have a situation like in the PPP where they were prepared to accept low salaries because they were thieving monies all over the place, we are not going to do that, our ministers will have to sign to a code of conduct, a code of service, which requires them to act at the different levels,” he added.

Harmon maintained that the salary increases are justifiable and must be paid if persons are expected to perform.

According to documents published in the Official Gazette last month, Prime Minister Moses Nagamootoo will be paid GUY$20,580,000 per annum, a 10 per cent increase on his present salary.

The four Vice Presidents will receive GUY$11,135,064 per annum, while senior government ministers will receive a new salary of GUY$10 million, a 50 per cent hike.

The Opposition Leader will also receive a 50 per cent increase bringing his new salary to GUY$10 million.

But Rohee told reporters that the increases for junior ministers, as against those for the senior government ministers, were “chicken feed” and urged the government to rescind the offer.