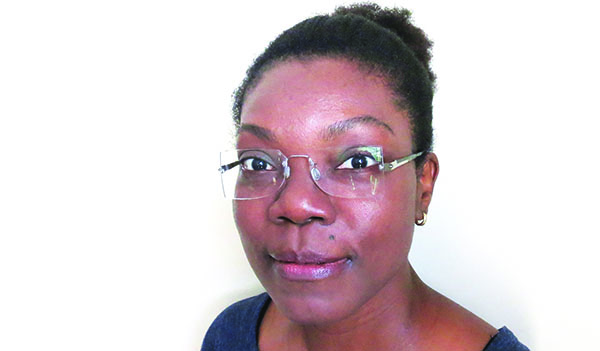 Photo above is of Associate Professor, Hyacinth Simpson.

TORONTO, Ontario — This year marks the 100th anniversary of the “Halifax incident” which took place in Nova Scotia and a Ryerson University professor is soliciting help in her research of what really happened in March 1916.

Hyacinth Simpson, a Jamaican and associate professor in the Department of English at the university, says from what she has been able to gather so far, on March 6, 1916, the Third Contingent of Jamaican soldiers (25 commissioned officers and 1,115 soldiers) left the island on board the SS Verdala on their way to England to join British troops.

For some reason, the ship was diverted to Halifax some days later and was caught in a blizzard that had disastrous effect.

Several men died, many of them suffered frostbite, and others had limbs amputated. Those who weren’t so badly affected were sent to Bermuda to recuperate before continuing the journey to the front via England.

Professor Simpson is trying to find as much information as she can about what happened to the soldiers in the Third Contingent, especially the full story of what happened while the ship was in port in Halifax.

She believes the soldiers, who had amputations, had their surgeries done in a hospital in Nova Scotia, and they stayed on in the province for several months to heal and to have artificial limbs fitted.

“It seems the Canadian limb institute (under the military hospitals commission) played a big part in getting the Jamaicans the artificial limbs. It would really help if I could find documentation (war diaries, military correspondence, newspaper articles, the SS Verdala ship manifest and Captain’s diary, hospital records for the Jamaican soldiers treated in Halifax, etc) that will help me flesh out the Halifax incident and the larger story of what became of the men in the Third Contingent,” said Professor Simpson.

The Canadian War Museum did not have anything and the National Library of Jamaica is sending her some newspaper clippings.

The Jamaica Archives in Spanish Town has a couple of pages that staff there think she will find useful but here are still gaps to fill in and Professor Simpson is seeking the help of any historian who knows about the Third Contingent of Jamaican soldiers to contact her.

Professor Simpson’s research in the areas of Caribbean, postcolonial, and Diaspora studies has led to her organizing several events that allow her to bring the results of her academic work into the community.

Out of the SSHRC-funded Caribbean Migrations: Negotiating Borders international conference (2005) which she hosted at Ryerson she has published articles on Caribbean migrant communities in, among other journals, Interventions and Wasafiri.

The CD titled Kamau Brathwaite’s Middle Passages (Sandberry Press, 2006) is the first in a series of audio-visual resources on Caribbean writers which she is producing for senior high school and undergraduate classrooms.

Titled Olive Senior’s Gardening in the Tropics, this extensive online project provides peer-reviewed commentaries, bibliographic resources, and other material for teachers and students of Caribbean poetry.

Dr. Simpson also does extensive editorial work, including serving for the past nine years as Editor of MaComère, an award-winning journal that publishes research on Caribbean women, and guest editing a special issue of the Journal of West Indian Literatures on the Caribbean Short Story.

She is currently working on a monograph on the Caribbean short story, work she began in 2010 as a Visiting Fellow at the School of Advanced Study, University of London, and completing a scholarly edition of three plays by a Caribbean-Canadian author.

Dr. Simpson’s passion for teaching was recognized with a Faculty of Arts Teaching award; and her graduate students have published in a number of journals, including Interventions: International Journal of Postcolonial Studies, Anthurium, MaComère, and Canadian Ethnic Studies.

An alumnae of St. Jago High School in Spanish Town, Dr. Simpson did her BA Honours and MPhil at the University of the West Indies, Mona and her PhD at York University.

She can be contacted at hsimpson@english.ryerson.ca regarding her research on the “Halifax incident” in 1916.