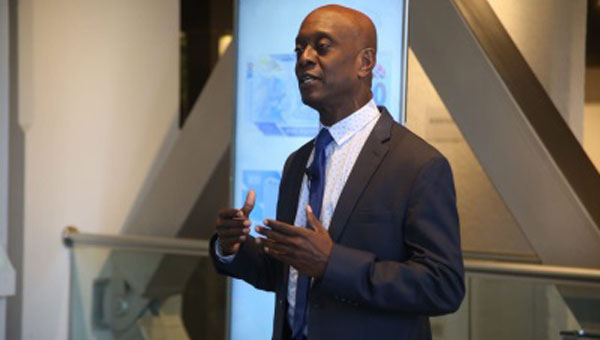 PORT OF SPAIN, Trinidad and Tobago, December 9, 2019 (CMC) – The Governor of the Central bank of Trinidad and Tobago (CBTT), Dr. Alvin Hilaire, acknowledged, today, that there would be a temporary disruption to the local economy as the oil-rich, twin-island republic puts into circulation a new one hundred dollar bill, which the authorities say is aimed at dealing with money laundering and other crimes, within the financial sector.

The new bill goes into circulation, tomorrow, and the CBTT has warned that the old bill would no longer be legal tender, as of December 31, this year. The new polymer TT$100 bill is being distributed to commercial banks, today.

“We do believe it will not be permanent. It will dissipate over time and, in fact, things might be actually better over time…to the sense that the national security objects are satisfied,” he predicted, adding “also what we are trying to do is to move towards a more cashless society and, perhaps, as people deposit their funds, they will be able to move to that scenario”.

Hilaire said the CBTT has been discussing the matter “intimately with the commercial banks”, outlining also that other adjustments would be made to other notes in circulation, here.

“So by March 31, 2020, you will have all the designs for the new suite (of polymer)” he said, disclosing that the CBTT has been trying to educate consumers on various aspects to deal with counterfeit and other criminal acts.

“We do know that we don’t have a general counterfeiting problem but, again, we know the highest denomination, the 100 dollar bill, has been more susceptible, over the last few months, and we have actually noticed the bleaching…”

He said he had been informed that the police had confiscated “a whole lot of this (bleached currency) and we have to be alive to that,” he said.

Last week, National Security Minister, Stuart Young, said the new polymer bill will be harder to counterfeit and would also undermine the use of stored cash to fund criminal activity.