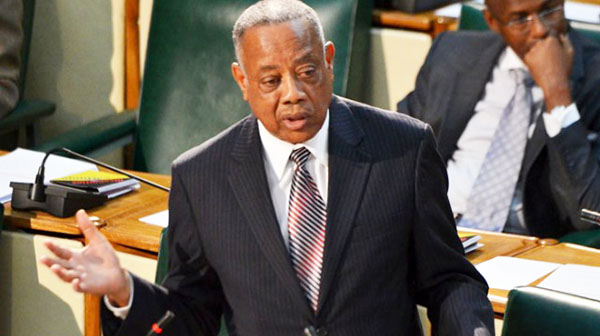 Photo above: Derrick Kellier seen giving a speech to Parliament, in 2014, when he was the Minister of Labour and Social Security and Agriculture and Fisheries. Photo credit: JIS.

KINGSTON, Jamaica, Mar. 13, (CMC) – The opposition People’s National Party (PNP) candidate for the constituency of St. James Southern, has been declared winner of the seat, in a magisterial recount that was concluded, yesterday.

Following four days of counting, Derrick Kellier, who was Member of Parliament for the constituency in the western parish since 1989, secured a 53-vote margin of victory on the magisterial recount, garnering 6,‎269 votes to the 6,216 received by Homer Davis of the Jamaica Labour Party (JLP).

Kellier, a former Minister of Labour & Social Security and Agriculture and Fisheries, was declared winner of the contest on the night of the February 25 general election and, in the recount the following day, Davis, not being satisfied, however, sought the magisterial recount.

According to Davis, although he was defeated, the margin of the loss shows he put up an effective challenge for the seat.