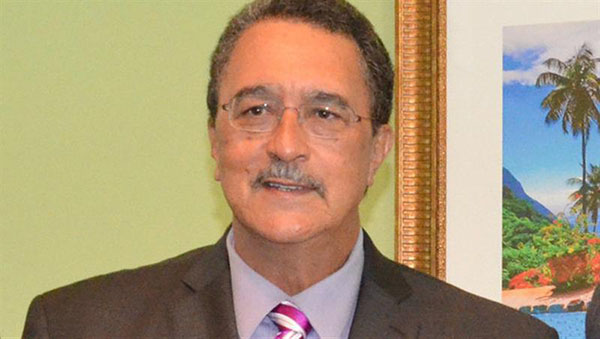 CASTRIES, St. Lucia, Apr. 27, (CMC) – Europe says it will continue to monitor the follow-up given to serious accusations of extra judicial killings in St. Lucia.

A statement issued after talks between a delegation of European diplomats and Prime Minister Dr. Kenny Anthony, noted that the diplomats “reiterated the importance of the new Director of Public Prosecution (when appointed) taking up allegations of extra judicial killings as a priority”.

It said also, there was need for the St. Lucia government “to provide all the necessary resources that the due process will require, in full respect of the independence of the judiciary branch”.

“This would boost the country’s international reputation, as regards the upholding of the general principle of rule of law, an intrinsic part of democratic governance,” the statement said.

In recent days both Prime Minister Anthony and the leader of the main opposition United Workers Party (UWP) Allen Chastanet, have been trading words regarding the report, known as the IMPACS (Implementation Agency for Crime and Security) report, that followed the probe into allegations of 12 unlawful killings by the police during the period 2010-2011.

Prime Minister Anthony had commissioned an investigation by the Caribbean Community (CARICOM) IMPACS agency and received a report, early last year, which was handed over to the Director of Public Prosecutions for review.

In his address to the nation on March 8, 2015 on certain aspects contained in the report, Anthony said among other things, that the police staged fake encounters and planted evidence in the 12 fatal shootings that took place.

However there has since been no action on the recommendations, ‎prompting the European Union to write Anthony, last December, seeking clarification on the status of the report and calling on those responsible to ensure due process in accordance with St. Lucia’s criminal law system.

The statement issued after the discussions here on Tuesday, noted that the meeting was agreed with the Prime Minister in January on the basis of his expectations to have the vacancies of the Police Commissioner and of the Director of Public Prosecutions filled by this time.

“It was a joint understanding that these recruitments are necessary to launch a proper investigation into the serious allegations of extra judicial killings of 2010-2011 and the IMPACS investigative report, so that due process can be guaranteed. “

The statement said that the European diplomats, led by Ambassador Mikael Barfod, the head of the EU Delegation to Barbados and the Eastern Caribbean “noted that the vacancy of the Police Commissioner was officially filled from April 1.

“They also noted that the recruitment of the Director of Public Prosecution, although delayed, is now underway with interviews scheduled for May.”

The statement said that the European delegation “offered support to deal with the general backlogs in the justice system in St. Lucia, present in most Caribbean countries, through interventions financed under the Regional Indicative Program from the 11th European Development Fund.

“The European Union and its Member States will continue to monitor the follow up, given the serious accusations of extra judicial killings in St Lucia,” the statement added.