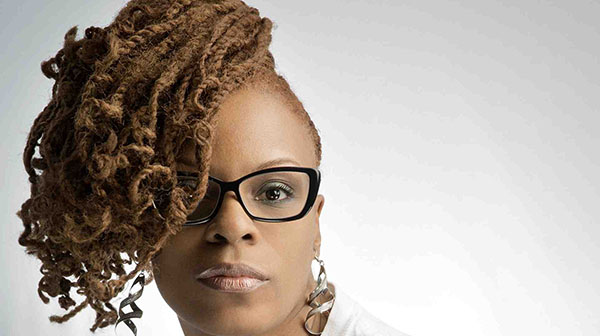 TORONTO, Ontario, August 16, 2016 (PRIDE) — Described by its originator as “a 90-minute theatrical rhapsody”, She Said/He Said, presented by Imani Enterprises, will soon premiere in Toronto (known at one time as “Hogtown”).

Created and directed by award-winning artist, Anne-Marie Woods, She Said/He Said is a play where spoken word, theatre, conflict and comedy join hands for a tragi-comic and complex look at relationships.

The female/male rapport is laid bare in this battle of wits, with the multi-talented Woods starring as She and Dora Mavor Moore award winner, Matthew G, Brown, as He.

Through compelling monologues, dialogue, poetry and song, She Said/He Said takes a fresh and nuanced look at a relationship between two people searching for love, despite their troubling past experiences.

A fusion of personal experiences and fiction, Woods conveys the vulnerability felt in romantic relationships and the importance of communication in this funny, tender and complex look at love in fast-paced, multi-cultural Toronto.

She has lived in Toronto for five years having grown up in Nova Scotia and navigates online sites and meet-up groups hoping to find someone. He is of Jamaican heritage and ready for love after a long-term relationship and custody battle for his daughter. Together they fight to make their relationship last in a world where the “rules“ are always changing.

BroadwayWorld.com described She Said/He Said as “…a modern look, not only at relationships and urban dating culture, but at Black identity and representation in Canada….On top of a strong script, the play benefits tremendously from its use of spoken word….

“Woods’ script poses relevant and honest questions about the experience of Black men and women in the modern dating landscape, without providing any easy answers or fairytale endings.”

After running singles events for years called “Blingles” (Black Singles) in Toronto, Woods realized people were having difficulty even acknowledging each other with a simple “Hello”, something foreign to a Nova Scotia gal.

She recognized a social barrier needed to come down —  it was time to take her thoughts from the page to the stage: She Said/He Said is the result.

She Said/He Said speaks to the conversations that Black men and women are having; but not necessarily with each other.

The dialogue focuses on She and He over the course of their relationship, and then deftly shifts to include reflective and introspective monologues, songs and poetry that address a wider perspective.

The couple struggles to unearth their authentic selves, while working through the pain of past failed relationships and the racial stereotypes that they encounter in everyday society.

“In the cunning She Said/He Said, the dialogue is driven by the desire to explore and expose how gender, ethnicity, and culture affect our perceptions of self and our relationship dynamics with those that cross our paths…. Provid[es] a crisp and clear look at the social issues of race and traditional gender roles in the context of family and romantic relationships…poignant,” explains Camila Fitzgibbon, of the Montreal Theatre Hub.

Her family left Trinidad in the early 70s and she spent her formative years in Dartmouth, and later Halifax, Nova Scotia, where she laid down her roots as an artist for many years, and is now based in Toronto, but continues to make waves in the arts scene, both nationally and internationally.

She holds the honour of being the first African Canadian to have a featured play (Waiting to Explode) at the National Black Theatre Festival in North Carolina, and in 2013, she won the Black Business and Professional Association’s Harry Jerome Award for Excellence in Entertainment.

The feminist poet and playwright’s work has been performed in the UK, Trinidad, United States and in Canada, where she sang for twelve-and-a-half years with Nova Scotia’s acapella sensation, Four The Moment.

She was the Creative Director and wrote the script adaptation for Mitchell Cohen’s original play, The Journey, presented at Daniels Spectrum as an annual fundraiser in 2013 and, once again in 2015, which starred Canadian jazz icon, Jackie Richardson, and Jeremiah Sparks, who starred as Mustafa in The Lion King.

Matthew G Brown has been singing, dancing and acting most of his life. Born in Toronto, of Jamaican decent, Brown attended the Randolph Academy for the Performing Arts, completing their Triple Threat Program. 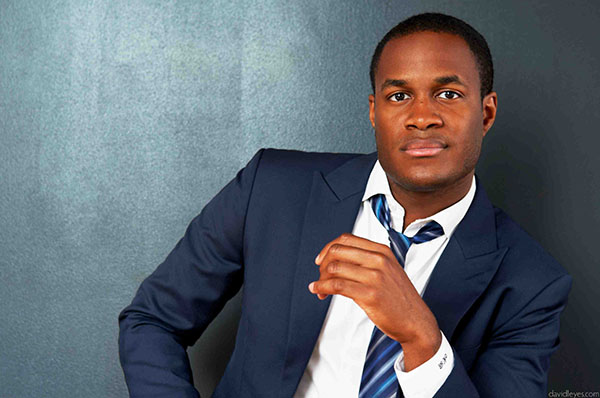 Dora Award-winning Matthew G Brown has been singing, dancing and acting most of his life. Photo credit: davidleyes.com.

Since graduation, he has appeared on stages across Canada, including the Manitoba Theatre Centre, Toronto Centre for the Arts (DanCap’s Jersey Boys), St. Lawrence Centre for the Arts (CanStage’s Hair) and Stratford Festival (Tommy), as well as with Young People’s Theatre, where he was part of two ensembles that won Dora Awards for Outstanding Ensemble: The Wizard of Oz and Cinderella: A RATicall retelling.

She Said/He Said had its world premiere at the MAI (Montréal, arts interculturels) produced by Black Theatre Workshop in the spring 2016, directed by Artistic Director, Quincy Armorer, where it was a huge success.

Imani Enterprises then presented the play at the Stages Theatre Festival at the Dunn Theatre in Halifax at the beginning of the summer where it was also warmly received.

“I strive to provide audiences with innovative ways to experience theatre beyond its traditional, conventional form. As an actor, singer, dancer, poet, storyteller and playwright, I try to challenge boundaries and seek to encompass a blending of multiple genres to tell a story.

“With She Said/He Said, I explore the primal power of acapella vocal expression fused with dialogue, music, movement and poetry to create a theatre presentation that hopefully bridges gender, cultural and age divides,” states Woods.

She Said/He Said is Woods’ latest play, for which she composed the songs and lyrics and musical arrangements, with Jeremiah Sparks.