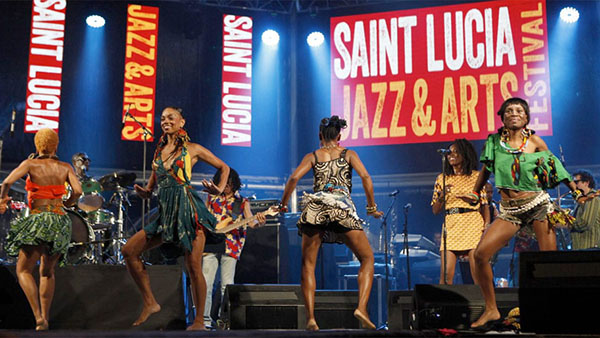 CASTRIES, St. Lucia, December 18, 2016 (CMC) – St. Lucia’s tourism product is about to get even more unique as the government begins to roll out plans for the establishment of a new entity to manage the island’s music and cultural festivals.

Tourism stakeholders told a news conference, on Friday, that they are excited about the “plans ahead for the new entity and a summer music festival, which will incorporate a Jazz Week in May that is a reconfiguration of the annual St. Lucia Jazz Festival.

Minister for Local Government and Culture, Fortuna Belrose, spoke about the bold step that the Allen Chastanet government is taking to be more creative and position the island to be more attractive and competitive in the field of entertainment.

“Our citizens have not been able to effectively capitalize on the economic potential of our unique and diverse culture,” said Belrose.

“This is so because of the disconnect that exists across sectors and the absence of effective systems for linkages in all of these sectors. We believe that greater effectiveness in the deliveries of our Creative Industries can help us realize this.

“Government has therefore agreed to establish an entity that will concentrate on the production and management of national events and festivals,” Belrose told reporters.

She said the objective is to brand St. Lucia as a destination of events and festivals, linking it directly to its tourism product so that the country can optimize the contribution of festivals to national and community development, and to ensure efficiency and effectiveness in the production of these events and festivals.

“We anticipate that this new approach will create some tension, but it will assist us in connecting with the critical sectors, as our national events will not be regarded as stand-alone activities but as part of a package.

“The events we speak about are our music festival, which will be held over the summer. We also have our carnival, food and rum, Creole Heritage festival and sailing regatta. Initially we will focus on about five projects.”

Minister in the Office of the Prime Minister with responsibility for Tourism, Information and Broadcasting, Dominic Fedee, allayed fears regarding the changes to the St. Lucia Jazz Festival. 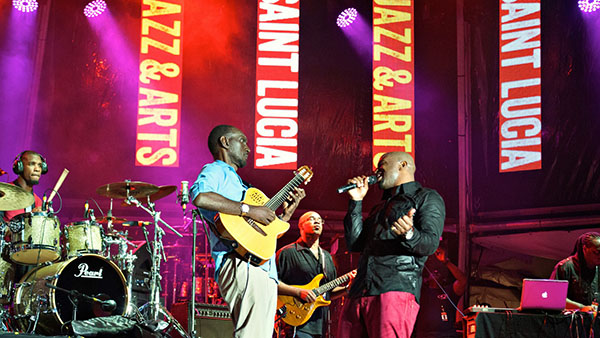 “What we are doing is reconfiguring how we approach the festival. It will have a new name and that new name will, in no way, dilute the festival or the impact it will have on the small hotel sector, the entertainment or events management sector and all the other ancillary sectors that depend on what we know as the St Lucia Jazz Festival. The reality is the time has come for change.”

Fedee spoke of the budget shortfalls of the St. Lucia Tourist Board, which manages the Jazz Festival, on which EC$14 million (One EC dollar =US$0.37 cents) was spent promoting the event this year. He noted that out of a budget of EC$34 million, nine million was also spent on administration and three million was going to airline support.

“That is a total of EC$26 million. We only had eight million going toward core marketing. That, to us, was not a strategic way of spending the finances of the Tourist Board and we felt that we needed to hasten the pace at which the festivals commission was being implemented to assume the responsibility for the events management component of what you know as the Jazz Festival.

“The changes are going to allow us to have a developmental component to music, the arts and culture. It will give our destination that missing element of soul, flavour, heartbeat, which will make us more attractive.

“We have missed the mark over the years in articulating and properly defining the strength and value of our culture, so I am very excited for the tourism industry, because now we have another dimension that is being developed and articulated and, we as a government, will ensure that we bring it to the front burner.

“We have to change the way we do things. We will now have a season of festivals which we will be launching and that will include a week of Jazz, to be named properly.”

“It will also include Carnival, Creole Heritage Month and other exciting initiatives, which we will tell you about in more detail. What this does, from a tourism point of view, is, it helps the small hotel sector which has struggled historically in the summer months.

“We should not accept that there ought to be a low season and a high season; all months are important. People have bills to pay, whether it’s the high season or the low season. So we have to look at the summer more strategically,” Fedee said, adding that by reducing expenditure on the Jazz festival, the government can invest in other local events.

“The Festivals Commission gives us a chance, as a country, to correct a lot of the wrongs that have occurred with the Jazz Festival. We just could not continue. Things were not right and we had to change it,” said Fedee.

Executive Chair of the St. Lucia Tourist Board, Agnes Francis, confirmed there will be Jazz in May. 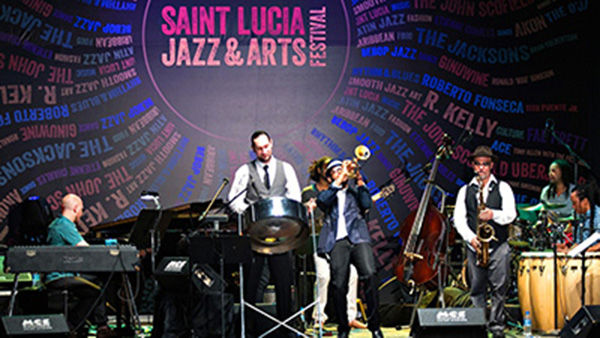 “It will be a more quality Jazz event with greater St. Lucian and Caribbean content. The line-up has been finalized at a very reasonable cost and will be announced very soon”.

She said a creative agency is working on branding for this summer festival.

“This gives us the opportunity to target specific niches, jazz enthusiasts, Reggae enthusiasts, people who love Calypso and Soca, R&B, food and rum. It gives us a lot more to market and position St. Lucia as unique and special,” Francis said.

“I am very excited. The Jazz Festival has now been copied by almost every destination in the Caribbean. So while we will not lose the equity we have generated from the Jazz festival over the last 25 years, we now have more to talk about and the economic impact will be greater.”