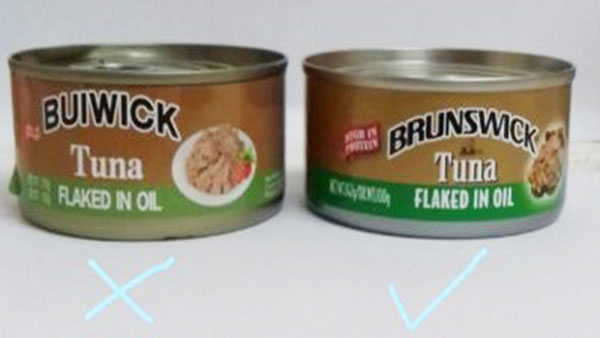 GEORGETOWN, Guyana, March 22, 2017 (CMC) – Guyana has refused entry of 2,000 cartons of tuna, imported from China, saying the action was prompted by an Inspector’s report on samples taken from a container, on March 9 this year.

The Government Analyst-Food and Drug Department (GA-FDD) said it was advising consumers and the general public that the exact address of the manufacturer in the country of origin of the tuna, labelled “BUIWICK” instead of “BRUNSWICK”, was not stated.

The authorities have since advised consumers “to always take a second look at labels/ brands, and to ensure the country of origin and the exact name and address of manufacturers are stated on the label”.

The GA-FDD serves as a regulatory body, ensuring that consumable goods, including drugs, food and beverages, meet international standards and requirements.

The Department has since written to the Commissioner of Customs to suspend the processing of documents of a known third party agent, out of the United States that “knowingly and deliberately facilitates the importation of products into Guyana that are substandard and/or are with inadequate labels”.

The department said that the company has, on numerous occasions, exported items of food to Guyana, in the absence of documentation in the prescribed form from the country of origin.

“The department will notify the regulatory agency of the People’s Republic of China on their findings and action, because official documentation with attestation was used to facilitate the shipment of falsely labelled Tuna to Guyana,” it added.