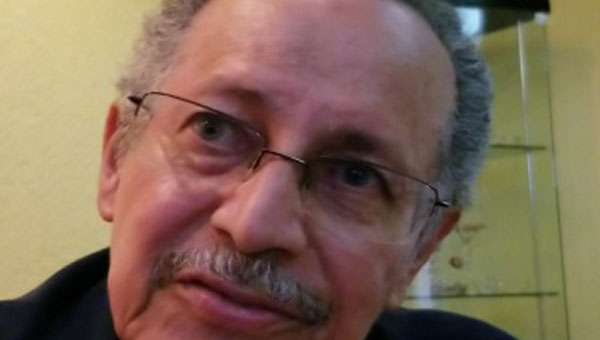 GEORGETOWN, Guyana, June 4, 2020 (CMC) – Guyana-born, former Secretary-General of the Organization of African, Caribbean and Pacific States (OACPS), Dr. P.I. Gomes, yesterday, urged local political leaders to accept the results of the recount of the votes from the disputed March 2 election that is expected to come to an end, on Sunday.

“With close to 400 ballot boxes remaining to be counted, I wish to believe that the commitment, by leaders of all political parties, will ensure acceptance of the results of a reliable and transparent recount process, a legitimate government shall be formed, a Parliament convened and a budget approved, to set in motion, the governance and healing of our society,” Gomes predicted, in a statement.

He elaborated that the population, as a whole, “forbearing and restrained, should not be subjected to becoming a failed state that benefits no one, and punishes most, the poorest”.

The Guyana Elections Commission (GECOM) is engaged in the re-count of the ballots, which is being observed by a three-member team from the Caribbean Community (CARICOM).

In his statement, Gomes, who stepped down as OACPS Secretary-General, in February, said the progress, to date, for the completion of the recount of ballots, and the restraint, displayed in the society, “is no small achievement, by Guyanese, of all walks of life”.

“It demonstrates, however much a morsel, an historical desire, and longing, to realise justice and freedom in the everyday life of all Guyanese. No doubt, the ordeal and pain, being experienced by many, due, in part, to the inordinate and obstruction-ridden denial of timely results of the fundamental and sacred right to a government of our choice, as guaranteed by the Constitution, continues to be worrisome,” he argued.

Gomes said that the wish of the CARICOM Chair and Barbados Prime Minister, Mia Mottley, for a recount process, to be “fair, credible, transparent and conducted without further delay”, was stated a month ago.

“Regrettably, this is still to be realized. Justice delayed is justice denied,” Gomes expressed.

GECOM recently announced that the results are most likely to be known by June 13, after the initial 25-day period, set aside for the recount, elapsed.

Gomes said that the “commendable calm and restraint” of followers of the political parties, has possibly benefitted from appeals by the caretaker President, Leaders of all contesting political parties, workers representatives, as well as business and civil society.

“This, I see as reflecting an underlying consciousness, by the great majority of Guyanese, that a unified nation, accepting the rule of law, free from bullying and instigations of raw emotions or threats, as the basis, on which a new quality of life for all ought to be built.”

He said extensive coverage by the printed media, radio interviews and various online sources, serves to indicate a reasonably good practice of freedom of the press, that, decades earlier, had not been so readily enjoyed.

“In this regard, our progress, as a society, is to be noted and cherished. With rights come responsibilities and, in my view, the press, with one or other exceptions, so far, deserve support for serving our society with the highest regard for truth and building trust and respect among persons, despite difference of views.”

Gomes said that the exercise of the democratic right to free expression of views — rational or blatantly prejudiced and racially-inciting — must give cause for honest reflection, and can find no room to condone or remain silent in the face of lies, deceit, and blatant misrepresentation of facts.

He pointed out that, over the last few years, circumstances in West, Central and East Africa have allowed him to share accounts of victims and survivors of the brutal clashes from political rivalries, as consequences of actions of leaders, intoxicated with greed and power, to control countries’ resources of timber and gold, by armed conflict and communal violence.

Gomes opined that, in the present circumstances in Guyana, “one would be naïve, not to recognize that beneath the restraint, patience and enormous efforts to ensure a credible and transparent recount of ballots from the March elections, there is growing concern that there must be efforts to ensure a valid and honest outcome to the process, which President (David) Granger, Mr. Bharat Jagdeo and the Secretary-General of CARICOM consented to, by an Aide-memoire”.

“By their office and conscious of their responsibility to the common good of Guyana, they must avoid a situation that ‘may not end well’, in the words of the Prime Minister of Trinidad andTobago, Dr. Keith Rowley,” he warned.

Gomes said that encouraging as are references to “inclusive governance” — from many quarters of the political directorate, cross sections of the public and articulate commentaries in the media — “it must be frankly admitted that such concerns may remain little more than desires of best endeavours, unless fundamental preconditions of mutual trust and honesty are met”.