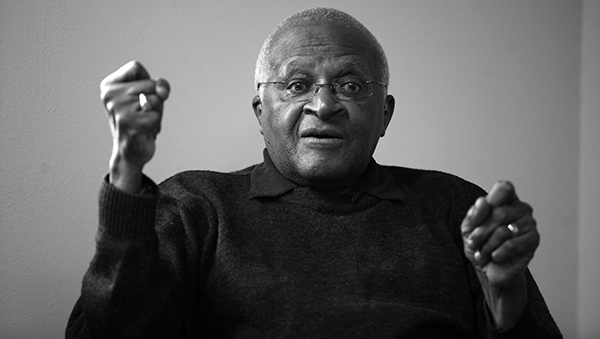 This is the second time UWI is recognizing archbishop Desmond Tutu for his accomplishments; he received an honorary degree from the university in 1986. Photo contributed.

Tutu and Tulloch, along with six other distinguished leaders of Canadian and Caribbean heritage, will receive prestigious awards from the University of the West Indies (UWI), at its eighth annual Toronto Benefit Gala, at The Ritz-Carlton in Toronto.

Tutu will be presented with the Luminary Award, which is given to people of Caribbean heritage, who are outstanding achievers on an international scale in their respective fields, or people who have brought prominence to the Caribbean or to issues which affect the region.

Archbishop Tutu has a strong passion for social justice, starting with his unflinching activism against apartheid, since the early 1970s, as the first Black archbishop of the Anglican Church of Southern Africa and as Chairman of the Truth and Reconciliation Commission in South Africa.

He has also used his high-profile position to campaign, globally, for poverty, HIV/AIDS, racism, sexism, homophobia, transphobia, and land rights.

This is the second time UWI is recognizing the archbishop for his accomplishments, as he received an honorary degree from the university in 1986.

Other prestigious acknowledgements Tutu has received include the Nobel Peace Prize in 1984, the Gandhi Peace Prize and the Presidential Medal of Freedom. He will be represented at the UWI Toronto Gala by his daughter, Reverend Canon Mpho Tutu van Furth.

A recipient of the African Canadian Achievement Award (ACAA) for Excellence in Law, Justice Tulloch has been a judge on the Court of Appeals for Ontario since 2012, following nine years on the Superior Court of Justice.

In 1995, Justice Tulloch, a former Assistant Crown Attorney in both Peel and Toronto, entered private practice, specializing in criminal law and continued in this practice until his appointment to the Bench in 2003.

During his private practice, he was also appointed a special prosecuting agent with the Federal Department of Justice, participating in a number of commissions; and has been actively involved in post-secondary education, as well as numerous community organizations.

In 2011, he was appointed a Distinguished Research Fellow for the Centre of Law and Policy at Ryerson University, and is the recipient of two Honorary Doctorate Degrees — a Doctor of Laws from the University of Guelph and a Doctor of Theology from Tyndale University and Seminary. 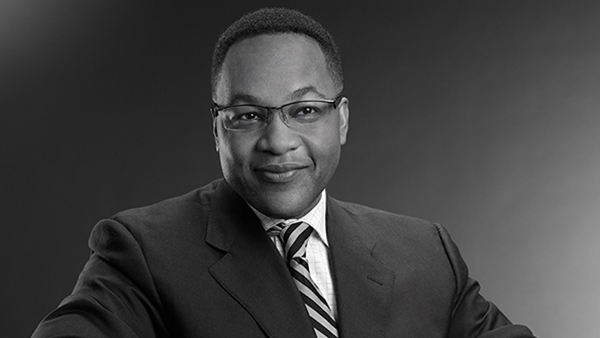 Justice Michael H. Tulloch, on April 29, last year, was appointed by the Ontario government to conduct an independent review of the civilian oversight bodies for police in Ontario. Photo contributed.

On April 29, last year, Justice Tulloch was appointed by the government of Ontario to conduct an independent review of the civilian oversight bodies for police in Ontario — the Special Investigations Unit (SIU), the Office of the Independent Police Review Director (OIPRD) and the Ontario Civilian Police Commission (OCPC).

In a statement to the community and media, last Friday, Tulloch revealed, “Once I accepted the assignment I put together a team of highly dedicated and competent professionals to assist me in conducting the review.

“Over the past 11 months my team and I have examined, in detail, the existing legislation, practices and processes regarding police oversight.”

He elaborated, “As well, we have reviewed numerous past reports, which led to the creation and evolution of the oversight bodies, and engaged in a very extensive and unprecedented consultation process across the province.”

His extensive review is now complete and tomorrow, a day before he is honoured by UWI, Justice Tulloch will present his report, containing all its recommendations, to the Ontario Attorney General, as required by the Order-in-Council.

Canadian Senator Murray Sinclair will receive the G. Raymond Chang Award that was established to honour outstanding individuals, who exemplify the leadership and ideals of outstanding business leader and philanthropist Chang, who embodied great humility and commitment to his fellow persons.

Chang, who passed away in July 2014, was the UWI Gala’s patron for five years.

The Chancellor’s Award will be presented to GraceKennedy, established in 1922 by Dr. John Grace and Fred William Kennedy, in Kingston, Jamaica, and is now one of the Caribbean’s largest group of companies.

The Vice Chancellor’s Award that is awarded to people of Caribbean heritage, who have made significant contributions within their organizations and communities, will also be presented to the following four community leaders.

Consultant neurosurgeon, Dr. Renn Holness, an alumnus of UWI’s Mona campus and recipient of an Honorary Degree of Doctor of Science (DSc), is a Professor and Examiner in Neurosurgery in the DM (UWI) Neurosurgery Program and teaches at Cornwall Regional Hospital in Montego Bay, Jamaica.

A businesswoman and retired diplomat, Kay McConney, the youngest Consul-General of Barbados in Canada, also served as a high-level diplomat at the United Nations (UN) in Geneva, Switzerland; and as a trade negotiator at the World Trade Organization (WTO).

Dr. Vivian Rambihar, a cardiologist and community activist, is an adjunct Assistant Professor of Medicine at the University of Toronto and a globally-renowned cardiologist, who has been involved in teaching, research and practice in Toronto for 35 years.

The fundraising gala, which brings together Canada’s business and academic communities to celebrate the greatness and tireless work of its honourees, provides funds for scholarships under the theme “Light, Learning and Liberty”.

Over 250 scholarships have been awarded to date, and over 70 have graduated, most with first class honours.