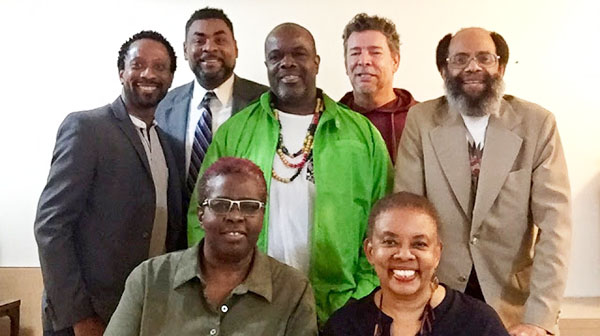 TORONTO, Ontario June 26, 2017 — For the first time since its inception in 1972, the Caribbean’s largest arts festival, Carifesta, has agreed to the participation of a delegation of artists from the Caribbean Diaspora.

The group of over 66 artists from Canada will attend Carifesta XIII, being held in Barbados from August 17-27. There will be a GoFundMe campaign and other fundraising activities to help allay costs.

This is a significant achievement for Trinidad-born Rhoma Spencer, an artistic director, writer and actor based in Toronto, who had been urging organizers of the festival, for 11 years, to consider the Caribbean Diaspora.

In 2006, when she was the artistic director of Theatre Archipelago, Spencer got a grant from the Canada Council for the Arts to attend the sixth Carifesta in Trinidad and Tobago.

She went as an observer because, as an artist working within a Caribbean milieu, she felt it was important that, although based here, to be always aware and concerned with what is happening artistically in the Caribbean.

“I went down to Trinidad with the intention of two things: to look at what are some of the best practices and what is the current trend in theatre in the Caribbean; and the second one, which was the more important one to me, was to inveigle the Carifesta secretariat to allow participation of Caribbean artists in the Diaspora for future Carifestas.”

The conversation was inconclusive, so Spencer returned to Canada and, for the next 11 years, continued to advocate for that to happen.

While in Barbados on vacation in March this year, and knowing that Carifesta would be held there, she sought a meeting with the festival’s director, Andrea Wells, at the secretariat’s office in Bridgetown.

After pitching the proposal, again, for the participation of Caribbean artists from the Diaspora in Carifesta, Spencer was given “a resounding yes.”

“Only to be told that this year, Barbados has taken on the initiative to open up Carifesta to Caribbean artists in the Diaspora. But what they did say to me, is that they weren’t doing quite a good job letting the missions abroad be aware and know of it so that they can extend it to their nationals in the country,” she added.

Caribbean artists, here, were extended an official invitation to participate as a non-CARICOM registration.

When Spencer returned to Toronto, she mobilized the community, putting out a call on Facebook and spoke to some people by phone.

“The call was about artists, who are of Caribbean descent, whose works are critically acclaimed and presented to the public, and that are known and funded by the federal, provincial, and municipal arts councils,” she relayed.

The response was resounding, said Spencer, who organized a first meeting on April 5.

Participants have to basically be self-funded because “we don’t have the luxury to say that Canada is sending this delegation down as the Caribbean countries do,” she said.

“Because we all, most of us, would have had arts councils’ funding. What we do then, is to apply to arts councils to fund our participation in the festival. And, of course, you have to show proof of the official invitation from Carifesta as part of your supporting document,” she noted.

They have met with the Ontario Arts Council, which was very supportive, as most of the arts councils have been. The next step is for them to get their registration in.

The Ontario Arts Council was gracious and saw the whole initiative as something called ‘Strategic Collaboration,’ said Spencer.

Whether they get funding is to be decided upon by the directors, not a jury.

The application is in and pending, however, Spencer noted that the Canada Council’s website has been changed and involves a longer process.

“We are really now looking at community support because it’s this huge undertaking. Time is against us.”

Spencer is the artistic director of the Carifesta Canadian delegation, and the chef-de-mission is retired Trinidad and Tobago consul general, Michael Lashley.

She has handpicked a committee of people to form the Canadian Caribbean Arts Network, and it mission is to present and promote arts and culture, from persons from and operating within, the Caribbean esthetic.

“So you could be Canadian of Caribbean parentage but the work that you do is informed by your Caribbean heritage. We’re interested in your work. If you’re in Nunavut, we’re interested in pulling you out of Nunavut too, to bring you to a Carifesta next two years,” says Spencer.

She said this time around it’s only with artists from Toronto and the Greater Toronto Area, but, eventually, they want it to be Canada-wide and representing from the performing arts to the culinary arts.

She said they had to select artists, based on things that they are answerable for, to the arts councils, such as “how marketable are you?”

“We’re not just going out there to perform and come back home. We’re going out there as a means to look for opportunities for ourselves as well in the Caribbean,” Spencer said.

The contingent includes: Ballet Creole, KasheDance, Dance Caribe, for dance; and for the music component there is a conglomeration of musicians from different bands — Moses Revolution, led by Moses Lewis, Shak-Shak led by Roger Gibbs, and Kobo Town led by Drew Gonsalves. Each band will take about three or four people.

For theatre there is a play, “Rendezvous With Whom,” with Haitian, Djennie Laguerre, which is directed by Rhoma Spencer. The play premiered in Toronto eight years ago.

“I try to select something that is small, nothing too big, so that’s a solo play with a percussionist,” says Spencer.

Laguerre, who also does storytelling, and Sashoya Simpson will be in the storytelling category.

Carifesta also has an academic symposium and Spencer’s paper, which was “all inspired by the bacchanal here over the cultural appropriation of our mas”, has been accepted.

The theme of the symposium is: “The Caribbean, the Arts, and the Cultural Industries: Negotiating Tradition, Esthetics, Economics, and Legacy,” and Spencer’s paper, entitled “Negotiating the Fancy Mas Tradition in a North American Space”, falls under the traditional masquerade and esthetics sub-category.

Spoken word will be represented by poets, Dwayne Morgan and Motion, and Pan Fantasy Steelband will also participate.

There is also a children and youth stage and that is represented by the Children and Youth Dance Theatre of Toronto, led by Andrea Douglas.

“The artists that are coming in from Canada, identify from such places as Haiti, Trinidad and Tobago, Barbados, Grenada, Saint Vincent, Saint Lucia, Jamaica, and Antigua and Barduda,” notes Spencer.

She says they will do crowdfunding because the Canada Arts Council only supports five days of accommodation and their meals and Carifesta XIII is a 10-day event.

“We’re looking towards the community to help subsidize the other five days for those who will be there for the entire 10 days. Some of them will probably do five days and, once they’re finished with their act, they come back home; but then you defeat the purpose of going to a 10-day festival.”

She notes that the arts councils, especially the Ontario Arts Council’s strategic collaboration, expects that there will be networking and the pursuit of cultural exchanges.

Although looking for help from the community, Spencer is also seeking support from Caribbean small businesses, here, and international corporate companies, like Royal Bank, Scotiabank, CIBC, and GraceKennedy that operate here and within the Caribbean.

“At the end of the day, we need dollars because this is a festival, people are not being paid to go ther, even though the arts councils still insist that people must be given some kind of honorarium. But that’s what it is, an honorarium and not a fee. A lot of people are also kind of self-funding to get there,” Spencer stated.

She said the only thing they would take in kind is T-shirts that they could take to have their design on them.

“The festival is like an Olympics so they have the Parade of Nations which happens at Kensington Oval on August 17, so of course we’re coming in as Canada Caribbean. We have a logo, we have a flag that is created using the Canadian flag colours with our logo in the middle of it that represents Canada Caribbean. We need, of course, a uniform to look all very smart as we make our presence felt as we march down that oval space.”

Spencer said to get the full potential of the festival they need to spend 10 days.

“We feel very honoured that Canada, in its 150th year as a nation, and the 50th anniversary of Caribbean people’s gift to Canada at its 1967 centenary, Caribana, we are the first country to be invited to Carifesta with a delegation of Caribbean artists from the Diaspora.”

In celebration and commemoration of the occasion, the delegation’s music contingent has composed a song titled, ‘Thank you Canada,’ written and composed by Moses Lewis from the band, Moses Revolution, and sung by the artistes attending the festival.

These are namely: Macomere Fifi, seven-time Calypso Monarch of Canada; Connector, the reigning Calypso Monarch; Drew Gonsalves, Roger Gibbs, and the frontline singers of Moses Revolution band. The music would be available on iTunes to download.