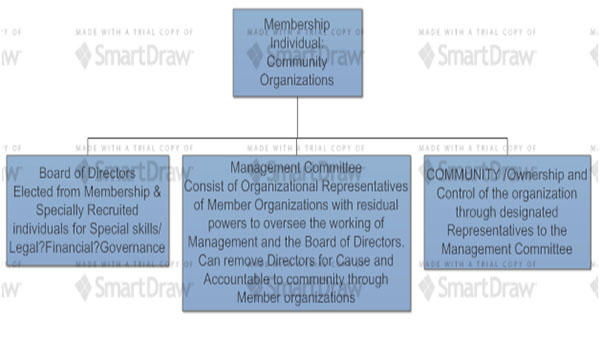 The need to create a new Black legal clinic arose out of the failure of the African Canadian Legal Clinic (ACLC) to demonstrate accountability to the community it serves and to its principal funder, Legal Aid Ontario (LAO).

And after protracted problems, dating back to2003, when LAO was investigating the operations of the clinic and taking steps to shut it down — at the request of prominent members of the Black community — a group of community leaders, including Cikiah Thomas, Chair of the Global Afrikan Congress; Valerie Steele, then-President of the Jamaican Canadian Association (JCA); and I, led an intervention strategy and reached out to the Judge Sidney B. Linden, then-Chair Of LAO and Angela Longo, then-President of LAO, and together we came to an agreement which saved the ACLC from being defunded (at that time, in 2003).

At the heart of the community’s concerns were:

An agreement was reached between the community, LAO and the ACLC, which included strengthening the ACLC Board and having supervised elections under the Corporations Act of Ontario.

Despite this agreement and the supervision of Board elections, the Executive Director resumed her old practice of getting the Board to remove members who, sought to do due diligence and make inquiries about matters that were being kept from the Board by the ED.

I was one such causality.

(The LAO defunded the ACLC on September 30, 2017 and is in the process of establishing a new Black legal clinic.)

In light of this pattern of conduct in the ACLC and other organizations, I have sought, hard, to find the most effective model, on which to structure a new organization that would ensure that the public interest of the Black community is collectively vested in a structure that holds residual powers, on behalf of the community.

To that end, I propose a two-tier structure, in which there is individual membership, open to all members of the Black, African, Canadian and Caribbean community as individual voting members pursuant to the Charitable Not for Profit Corporations Act; and an organizational membership of qualified and vested community organizations. (see above)

The Board of Directors to be elected from members, and other special qualified individuals with legal, financial and governance qualifications and experience.

These members will form a Management Committee, which would hold residual powers in the organizations, on behalf of the community.

The Management Committee would monitor the functioning of the administration and the Board of Directors, and would have powers to ensure that each board member, and the Board as a whole, comply with the responsibilities of Directors under the Not for Profit Charitable Corporations Act and under the Constitution of the organization.

If the Board of Directors believe that, collectively, they have cause that a Director has breached his/her responsibilities, in a manner that removal is the only logical remedy, then the Chair of the Board would be required to provide a written submission to the Chair of the Management Committee, setting out their case, recommendation and reasons for their recommendations.

The Management Committee should be empowered to remove the entire Board for cause and to take steps to elect a new Board.

This model is an adaptation of the Syncrude Canada governance model, under which the company was established in 1964 and still operates today.

It has been modified to reflect changes from a for-profit oil consortium, with multiple shareholder companies with varying percentage stakes, to a not-for-profit organization reflecting the public/community interest of the Black, African and West Indian community of Ontario — with a mandate to ensure that Directors comply with the fiduciary and other legal obligations that devolve to the Board of Directors.

Kingsley Gilliam is a community organization development specialist and consultant on corporate governance.