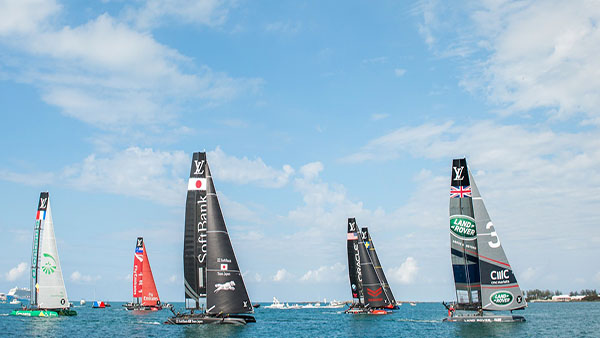 HAMILTON, Bermuda, November 11, 2017 (CMC) – The America’s Cup, sailing’s blue-riband sailing event, staged earlier this year on Bermuda’s Great Sound, will generate a US$330 million boost to the island’s economy, while the event, itself, came in nearly US$13 million under budget, organisers have announced.

The US$336.4 million impact on the island’s gross domestic product (GDP) includes a predicted US$90.8 million in future tourism spending, over the next five years, from the exposure Bermuda received from hosting the event, which attracted 452 million viewers across the world, and was broadcast in 163 other countries by 31 broadcasters.

It was the biggest sporting event ever held in Bermuda, but it drew a mostly lukewarm response from the island’s majority black population. Of the residents who attended the event — won by a boat from New Zealand — only 15 percent were black.

The sailing spectacle, which was originally forecast to cost the island US$77 million, ended coming in US$12.9 million under budget, according to an independent economic and social impact assessment on the event, conducted by PricewaterhouseCoopers (PwC), a multinational professional services network, headquartered in London.

“This represents a 525 percent return on investment, including future tourism revenue,” a statement by America’s Cup Bermuda (ACBDA) noted.

“That is, for every one dollar of the US$64.1 million spent, US$5.25 will be returned back into Bermuda’s economy, generating extra revenue for local businesses and residents and additional wages for local workers.”

Grant Gibbons, who was the minister under the previous One Bermuda Alliance (OBA) administration with responsibility for the 2017 America’s Cup, said he was pleased to read PwC’s independent assessment of the event.

“This clearly demonstrates the significant contribution that (the event) made to Bermuda’s economy, over the past three years, and will continue to make well into the future.”

A total of 745 visiting yachts, including 134 super-yachts, berthed in the island in May and June, compared to 57 visiting yachts in the same period the previous year.

According to the PwC report, US$28.7 million was spent in Bermuda by international visitors, who would not have been on the island if the America’s Cup had not been hosted.

A further US$14.4 million was spent in Bermuda by the visiting yachts in May and June alone.

The 62-page PwC report reveals that the America’s Cup — an event first held off Britain’s Isle of Wight in 1851 and won by a US boat, America — generated US$194.3 million incremental on-island spending in 2½ years from January 2015, which resulted in a US$245.6 million boost to GDP.

The majority of the additional on-island spending came from the competing sailing teams and organisers, their support crew and families, living and working in Bermuda, and totalled US$116.4 million. 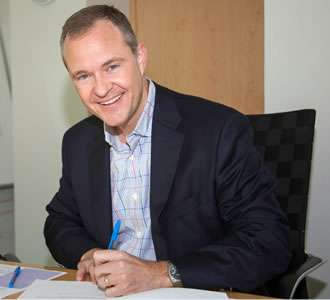 Of the US$194.3 million spent on-island for the event 29 percent went to hotels and restaurants, 14 percent to real estate and rentals, and 13 percent to the construction industry.

“The indisputably positive economic outcome of Bermuda hosting the 35th America’s Cup is a clear example of Bermuda’s potential and proves that we can deliver large-scale projects under budget, on time, and at a world-class quality level, when the right combination of skills, good governance and transparency are present,” ACBDA chairman, Peter Durhager, said.

“We managed a $77 million budget down to $64.1 million, while still achieving resounding success. This is the benefit of strong public-private sector collaboration.

“The greatest economic value to Bermuda hosting the America’s Cup came from the 450 team members and organisers who moved to Bermuda with their families, living and working in our community, buying groceries, cars and bikes and renting homes from Bermuda landlords,” he added.

Meanwhile, the Bermuda government received additional tax and other revenues of at least four million US dollars.

The regatta had detractors within its own ranks ahead of the event: American sailor, Dennis Conner, a four-time winner of the cup, griped “there’s not many big boats in Bermuda, the hotels are empty, the TV ratings are bad and the whole thing, I think, will be an economic disaster for Bermuda.”

San Francisco, which hosted the 34th America’s Cup, was estimated to have lost more than US$10 million on the event.

The America’s Cup often proved a hard sell with Bermuda’s then opposition Progressive Labour Party, which supported bringing the races to the island, but voiced scepticism on its benefits.

Three years ago, when Bermuda finally secured the America’s Cup, Marc Bean, then Leader of the Opposition, declared his support, saying: “It will be a boost to the island in many different ways, and what’s most important now is for everyone to be on board and rowing in the same direction.”

However, Bean also called on the then ruling OBA government to “just be transparent with us as to the potential cost and the potential benefits”.

Six teams competed in the regatta with Emirates Team New Zealand thrashing defender Oracle Team USA 7-1 in the final. New Zealand is set to host the next cup event in 2021.