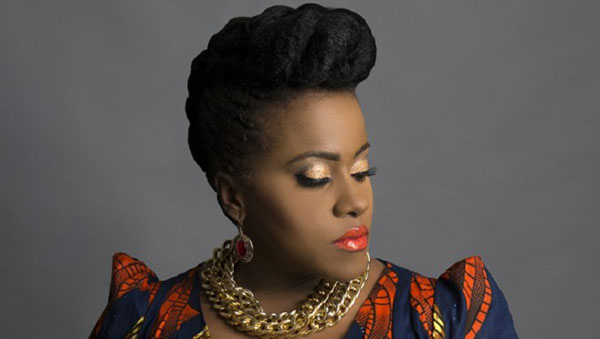 Jamaican Reggae singer, Etana, has been singing since she was eight years old. Photo contributed.

On Monday, ICS said that CARAH celebrates the achievements of outstanding individuals of Caribbean descent who have made extraordinary contributions to their fields of expertise.

“Etana’s music represents and reflects the indomitable spirit of the Caribbean, and we are truly honored that she can join us at the 24th annual CARAH Awards,” said Dr. Claire Nelson, the Jamaica-born founder and president of ICS, the CARAH Awards, and White House Champion of Change.

“Her music has reached millions, and her positive messages of self-love and resilience make her a perfect role model for all women – both the young and the ripe.”

She said Etana has been singing since she was eight years old, “when her family discovered her powerful voice, while she was singing a hit song by Air Supply”.

Not long after, she moved to the United States, Nelson said, adding that, during college, Etana joined the female vocal group, Gift.

“Despite Universal Records’ interest in Gift, Etana could not conform to negative stereotypes being forced on the group,” Nelson said. “So, she quit and returned to Jamaica, where she could focus on music that reflected her Rastafarian ideals.”

Etana released her debut album “The Stronger One” in 2008, receiving international acclaim with her hit “Wrong Address”, and two other number one singles.

Etana was nominated for the 2008 MOBO Awards in the “Best Reggae” category.

Etana’s subsequent albums, “Free Expressions” and “Better Tomorrow” were released in 2011 and 2013, and followed with tours of Europe and the United States, respectively.

Most recently, she released the album, “I Rise” which peaked at number one on Billboard’s Top Reggae Albums in 2014, where it remained for four weeks.

ICS will present “these prestigious awards” at the JW Marriott Hotel in Washington, D.C.