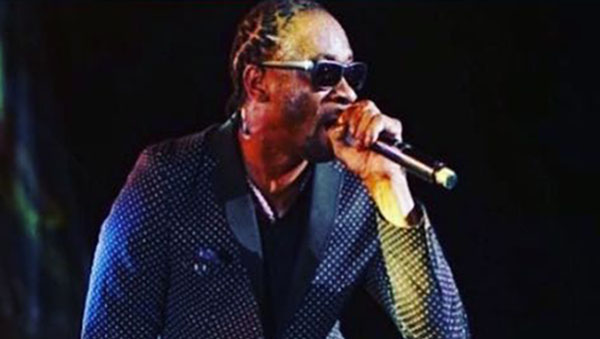 Born Rodney Basil Price, on June 12, 1972, the dancehall icon, also known at times as Warlord, Five Star General, Ghetto Gladiator and Poor People’s Governor, was honoured for “his outstanding contribution to the music industry in Jamaica and internationally”.

Unable to travel to the United States for the recognition, Bounty Killer accepted his award in a glitzy pre-recorded video message from Kingston, that appeared on jumbotron screens inside Mingles Cafe, on Sunday night, where hundreds of music fans, radio DJs, celebrities, beauty queens, models and other personalities from the creative industries applauded enthusiastically.

“I wanna say a big thanks to Blue & Bougie INC out of New York City. Thanks for this Lifetime Achievement Award. It is much appreciated,” stated Bounty. “I am sure this will help me to push and carry my music and my humanitarian efforts even further.” 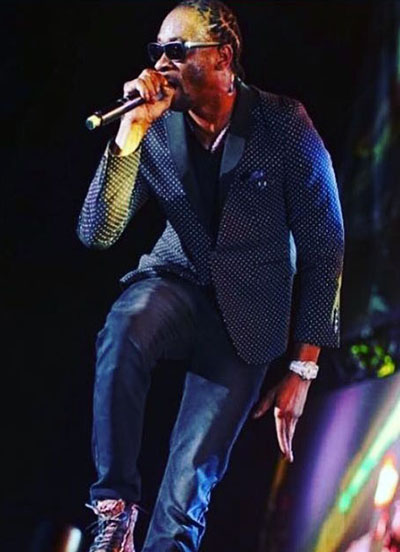 The controversial DJ — who was described as having been “one of the most aggressive dancehall stars of the ’90s, a street-tough rude boy with an unrepentant flair for gun talk” by Allmusic, an online music guide, touted as “the largest music database on the web” — is the founder of a dancehall collective known as “The Alliance” with deejay, Mavado, and Vybz Kartel.

Speaking after the award presentation, a beaming Blue & Bougie Inc. executive, Jerry McDonald, said Bounty is most deserving of the Lifetime Achievement Award.

“We felt compelled to honor Bounty Killer with a Lifetime Achieve Award for his exceptional talent as a DJ, songwriter, on stage performer, and for helping to take dancehall music to the four corners of the globe,” McDonald articulated.

“We honor him for the significant role he has played in shaping and grooming dancehall artists like Mavado, Elephant Man, Baby Cham, Busy Signal, Aidonia, Nitty Kutchie, Kartel and many others for the past quarter century; we are honoring him for bringing excitement to the stage; (and) for the memorable clashes he has had with his arch nemesis and friend Beenie Man,” McDonald noted.

“We are honoring him for the catalogue of local and international hit songs he has recorded. We also acknowledge his recent philanthropic effort, donating 63 beds and mattresses to the Kingston Public Hospital and Victoria Jubilee Hospital in Kingston. This selfless deed has not gone unnoticed in our book.”

At an early age, Price’s family moved to Kingston, where his father owned and ran the Black Scorpio sound system, and he started his musical career as a sound system deejay in his early teens.

At the age of 14, he was shot by a stray bullet, during a gunfight between rival political factions, and while convalescing in hospital decided on the name, Bounty Killer. After he recovered, he increased his performances on a greater number of sound systems, and turned his attention towards recording.

In 2002, a collaboration with the group, No Doubt, the song, Hey Baby, won Bounty Killer his first Grammy Award, for Best Pop Vocal Performance by a duo or group, making him at the time, one of the few hardcore dancehall artists to win a Grammy Award.

The deejay was also voted ‘Guinness Greatest Dancehall Icon’ in 2012, and later won Deejay of the Year, in 2013, in The STAR People’s Choice Award presented by The Jamaica Gleaner.

In 2003, Price canceled two of his concerts after the LGBT magazine, Outrage!, petitioned Scotland Yard for his arrest, claiming songs about bashing gays would incite harassment against the gay community.

He has since directed his focus to social commentary and party lyrics, admitting that he will not pay attention to nor attack the gay community in his music.

In 2008, Bounty Killer collaborated with Daddy Yankee in the song, “Controlando El Area”, for the album “Caribbean Connection”, and in 2014, with long-term rival, Beenie Man, put aside their differences and together, recorded the single, “Legendary”.

He has been credited with having inspired many young artists, such as Vybz Kartel, Mavado and Elephant Man, and several other members of “The Alliance”.

Blue & Bougie co-producer, Howard Turner, echoed McDonald’s sentiments: “We respect and applaud all Bounty has done as an ambassador of Jamaica and as an ambassador of dancehall music over the years, and we look forward to another quarter century of outstanding music and dazzling live performances from him.”