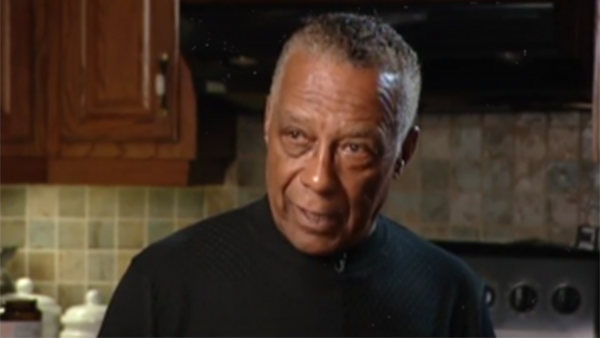 Community stalwart, Dr. Howard Douglas McCurdy Jr., who was a recipient of the African Canadian Achievement Award for Excellence in Politics, passed away last Tuesday, February 20.

Born on December 10, 1932, in London, Ontario, the former New Democratic Party (NDP) Member of Parliament for Windsor, Ontario, and first Black MP for the party died from cancer on February 20, at the age of 85.

Before entering federal politics, where he was elected to represent Windsor for the NDP from 1984 to 1993 (Windsor-Walkerville 1984-1988, Windsor-Lake St. Clair 1988-1993), he started his political career at the municipal level by being elected to city council in November 1979.

He was re-elected in 1982 and one year later was the keynote speaker at the inaugural Harry Jerome Awards ceremony, organized by the then nascent Black Business and Professional Association (BBPA) in Toronto.

“Very saddened to hear about the passing of Howard McCurdy. He was a trailblazer – a powerful civil rights activist, our party’s first Black MP, and a role model from my hometown of Windsor. My condolences go out to his family, friends, and community during this difficult time,” tweeted Jagmeet Singh, Leader of Canada’s NDP. 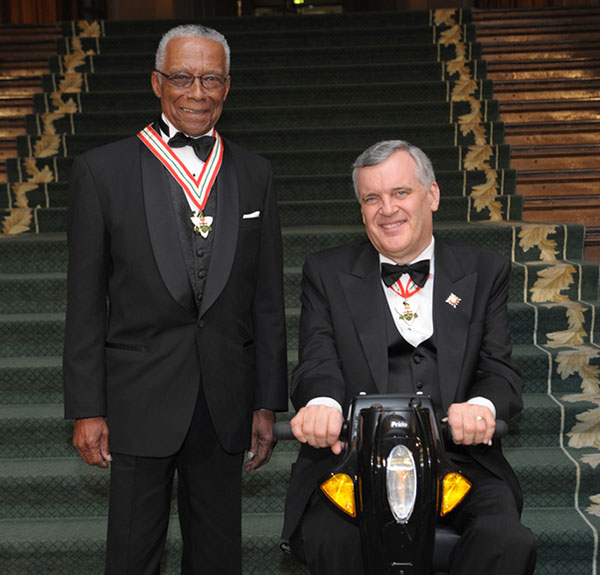 Dr. Howard McCurdy, left, poses with Lieutenant Governor of Ontario, David C. Onley, who presented him with the Order of Ontario on January 26, 2012.

McCurdy arrived in the Amherstburg area at the age of nine and, he later admitted that the overt racism that he encountered in those early years, motivated him throughout his life.

“I think in each of these areas, I think what he was first and foremost was a teacher,” says Leslie McCurdy about her father’s feats in civil rights, as a politician and as a university professor of microbiology and chemistry.

Eventually, he became the country’s first African-Canadian tenured university faculty member and rose to head the department from 1974 to 1979.

At Michigan State, he was the founding president of the local chapter of the National Association for the Advancement of Colored People (NAACP).

Leslie said her father mentored a lot of students at the university and in politics he taught Canada about accepting and reveling in its diversity.

“He tried to teach us how to live together with civility and strength.”

Describing what it was like growing up with a father who was a pioneer in different fields, Leslie said her sister, Linda, said it best in a recent television interview.

“She said it’s kinda like when you grow up with a movie star. We didn’t really notice that because that’s just dad. And she said when the family would get together and go to the beach on a Sunday afternoon we didn’t realize we were crashing an all-white beach. We were just kids out with the family.”

Leslie said there was a lot of business and action in their house and her mother was active in all of this at the same time too.

“There were meetings and various displays and educational things that were set up. There were campaigns to desegregate like the Essex Golf and Country Club…and his work on city council to be accepted.

“They showed a clip on TV where he was talking about how for someone to call him ‘Sambo’ as a Member of Parliament was to disrespect all black people in Canada, not just him.”

She said her father was really good at handling racism and the ways that people try to subtly try to diminish people because they are black.

“He was really good at articulating the issues.”

He was also a founding member and the first president of the National Black Coalition of Canada, which was formed in 1969.

Jean Augustine, former Member of Parliament and the first African Canadian woman to be elected to the House of Commons and to serve as a Cabinet minister, met McCurdy in the mid-1970s and worked closely with him on the National Black Coalition of Canada and other initiatives.

“Howard was smart, bright and articulate. He was passionate about Black community issues and did not mince words. He was fearless at challenging injustices and always spoke truth to power.

“As an NDP MP, he gave voice to many concerns. Howard will always be remembered fondly as a concerned citizen, a municipal representative, a national legislator, a scientist, a scholar, and a strong Black man who always stood tall and strong. I will miss him. I visited him in the hospital and was hoping for his recovery,” she said.

Like Rosemary Brown — Canada’s first Black female member of a provincial legislature — who ran for the leadership of the federal NDP in 1975 but came a close second to Ed Broadbent, McCurdy sought the party leadership in 1989 but Audrey McLaughlin won the selection.

Zanana Akande — a former Ontario NDP Member of Provincial Parliament, and the first Black woman elected to the Legislative Assembly of Ontario and the first Black woman to serve as a Cabinet minister in Canada — described him as a “brilliant man, a scholar, who taught at the university in the states; but of greater significance to me, he was a person who identified injustice and worked against it.” 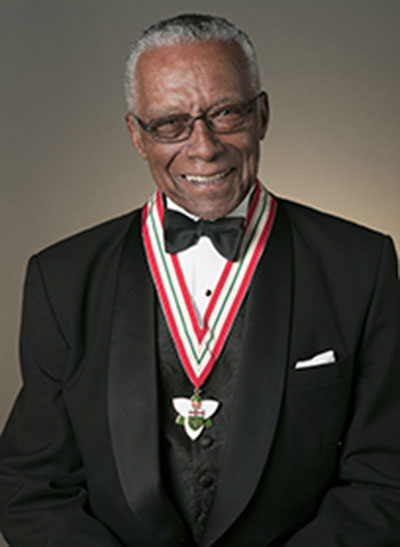 “He was involved in the “sit-ins” in Amherstburg and Windsor to make the restaurants and social venues open to Blacks. He spoke about the segregated school system in the Windsor area, and so helped to expose it and eventually eliminate it. He was elected to federal government as a New Democrat, a name which I believe he suggested, and worked collectively and, when necessary, independently to rout out injustice and bias. He was also a supportive trade unionist.

“Howard always made himself accessible to associations and groups in the community who asked for his support,” she said.

Marie Clarke Walker, secretary-treasurer of the Canadian Labour Congress said McCurdy was an inspiration to everyone.

She first met him when she was a teenager with the National Black Coalition of Canada’s youth arm.

“He was always encouraging to us, ensuring that the voices of Black youth were always heard. Later on, it was encouraging to see him fight for workers and stand up for his community and that of the “everyday” person.”

The CLC executive member said MCurdy always had the “betterment of our community in his sights.”

While she did not have much contact with him after she was elected to the CLC, she believes that he was always there rooting for her success and “the success of those of us who were in elected positions as he told me how proud he was when I saw him at a JS Wordsworth award event some years ago.”

“I know that Justice [Donald] McLeod reached out when the Federation Of Black Canadians was being formed and I am saddened that his passing comes at a time when we could use his knowledge of and his wisdom in navigating our way forward at a time where as a people we need to be united in our struggle to achieve equity, especially when it comes to challenging the ever growing discrimination and racism, in particular anti-Black racism.

“As Black communities, we really need to reach out more to our elders for support, guidance and knowledge before they are gone. He will be missed, particularly his straightforwardness,” se said.

At the launch of the Federation of Black Canadians at the National Black Canadians Summit in December 2017 in Toronto, Justice McLeod said he sought counsel from people like Augustine, McCurdy and Juanita Westmoreland-Traore, acknowledging the role of “persons who came before us.”

Alvin Curling, a former Member of Provincial Parliament in Ontario and Cabinet minister, describes McCurdy as an extremely intelligent man and someone who was a mentor to him.

“We were in different parties but that didn’t reduce the fact that we were able to communicate some ideologies and our thoughts together. We were almost similar in the goals that we want to see in society achieved.”2

He said McCurdy was quite focused and determined in his beliefs.

Mary Anne Chambers, a former Ontario Member of Provincial Parliament and Cabinet minister, did not know him personally but heard a lot about him.

“I do recall hearing him speak at an event at Ryerson some years ago, during which he encouraged members of the Black community to think independently and make decisions for ourselves rather than always seeming to need the approval of others to make the decisions that were important to us. I thought that was very thoughtful and wise advice.”

In 2003-2005, Dr. McCurdy served as president of the Windsor Black Coalition.

Rosemary Sadlier, a past president of the Ontario Black History Society, said McCurdy will be remembered as an African Canadian from Windsor who advocated for and about the African Canadian community.

She said his father instilled in him very strong values of his legacy as a person of African dissent in this country.

“While most people now may not remember there had been a national organization for African Canadians called the National Black Coalition of Canada and Howard was instrumental in that organization.”

Sadlier said he was one of the early black politicians who “impacted things on behalf of all of us.”

“I think his legacy would be excelling professionally in a variety of fields by making an impact in civil rights, politics and most significantly, science. I can remember meeting him in Halifax when I was in my 20s. He was talking to a group of students, including myself, and I can only remember that the commanding sense of confidence that I sensed from him when I saw him on TV, he exemplified in real life. He was a role model for me to how to be a leader in every sense of the word and he will be missed.”

In the book, “Towards Freedom: The African Canadian Experience,” authors Ken Alexander and Avis Glaze note that “by the mid-1960s, Canadian examples of discrimination and segregation became intolerable for a growing number of blacks.”

“Activists like Bromley Armstrong and Howard McCurdy, in keeping with their American counterparts, felt that they must test human rights legislation. It was important to discover whether the onus for bringing about change still rested with the victims of racism, or if legislation resulted in real protection.”

The Black Business and Professional Association notes in its special newsletter sent out on February 23 that: “His outstanding sacrifices will always be carved in history and stamped in our hearts.”

In recognition of his lifetime achievements, he was presented with the North American Black Historical Museum Community Achievement award in 2001.

Leslie said her father was always willing to help those who turn to him for counsel and would “teach others how to carry on in his footsteps, in his work.”

His obituary notes that he was also a valued mentor to those who had the privilege of experiencing his tutelage and he was known as a passionate golfer.

For his outstanding achievements in science, civil rights, community service and politics, he was also awarded the Canadian Centennial Medal in 1967, the Queen’s Silver Jubilee Medal in 1977, the Order of Ontario and the Order of Canada in 2012, amongst many other accolades.

The family would appreciate donations made to the Kidney Foundation/ Windsor & District Chapter or Windsor & Essex County Cancer Centre Foundation.