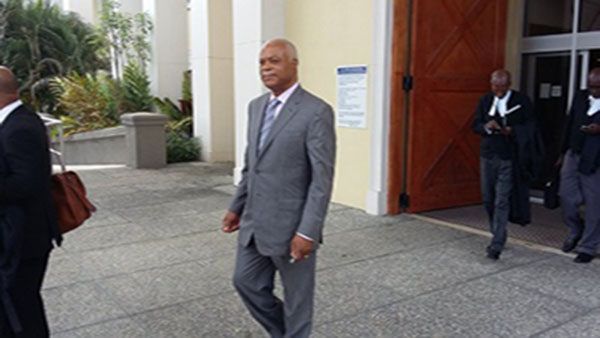 BRIDGETOWN, Barbados, March 16, 2018 (CMC) – The Court of Appeal, today, ordered the release of BDS$4.5 million in assets, belonging to the former head of the troubled insurance company, Colonial Life Insurance Company (CLICO), Leroy Parris, and his Branlee Consulting Services that had been frozen since 2015.

In a 61-page ruling, the three-member Appeal Court overturned the ruling of Justice William Chandler, who had issued the freeze order in an ex parte hearing on January 27, 2015.

The High Court had ordered the freeze after CLICO’s judicial manager, Deloitte Consulting Limited, had filed the application against Parris and his private company, Branlee Consulting Inc.

The application had also named the estate of the late Prime Minister David Thompson, represented by his widow, Mara Thompson, the executrix, as a defendant in the matter.

The order had stated: “If Leroy Parris [the first defendant] and/or Branlee Consulting Services Inc [the second defendant] fails to comply with the terms of this order, proceedings may be commenced for contempt of court. The first defendant and second defendant may be liable to have an order of sequestration made in respect of his/its or their property, and in the case of Branlee Consulting Services Inc any of your directors may be sent to prison.”

Parris subsequently appealed the High Court decision and while the Court of Appeal overturned the order, Paris, who was in court for the ruling, still cannot access the funds, which are the subject of a High Court order for him to settle BDS$3.5 million in debt to Scotiabank.

But one of his attorneys, Hal Gollop, QC, in welcoming the new ruling, noted that the High Court had earlier refused to unfreeze the funds belonging to Paris, who has been at the centre of controversy since the collapse of CLICO’s Trinidad-based parent company, CL Financial, back in 2009.

The ruling, today, comes amid ongoing pay-out to the estimated 15,000 policyholders and investors of CLICO, bringing to an end, over eight years of waiting.