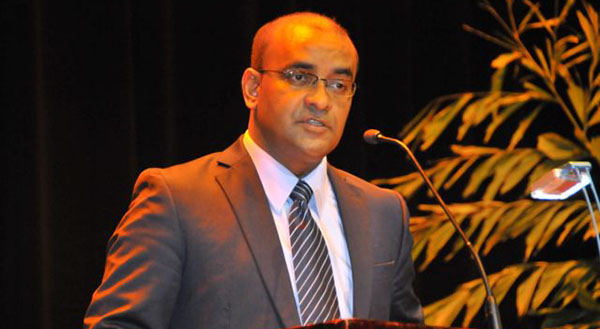 Instead, Jagdeo is calling on SARA to take action against serving members of the current David Granger government, rather than his participation in the “Corruption is Everybody’s Business” campaign and walk, on Friday.

“The Leader of the Opposition wishes to inform you, that he is supportive of any efforts that will strengthen the state’s institutional, legal and procedural framework for fighting corruption, in keeping with the Inter-American Convention Against Corruption, the UN Convention Against Corruption and the International Covenant on Civil and Political Rights,” Jagdeo’s refusal letter to SARA noted.

The former president said, he viewed the walk as a “smoke screen”, to detract from alleged violations of the constitutional and statutory provisions — regarding financial probity, transparency and accountability — ever witnessed since independence.

“Furthermore, I will not participate in such a walk, while members and other public officials of successive PPP-C governments have been discriminated against, victimized, and targeted by a state-sponsored witch-hunt, on frivolous manufactured charges,” the letter added.

The opposition People’s Progressive Party (PPP) has described the government as the “most corrupt” one ever in the English speaking Caribbean.

“In three short years, it has managed to completely by-pass the public procurement process, mandated by law, and has handed to its cronies and financiers, hundreds of contracts to the value of billions of dollars”.

The PPP has also accused the government of manipulating the Director of Public Prosecutions (DPP) and directing the Special Organised Crime Unit (SOCU) to institute “fabricated and malicious” charges against the government’s political opponents.

This is in apparent reference to the recent charges, laid against two people, including former finance minister, Dr. Ashni Singh, who is due to appear in court on May 7.

SOCU laid the charge against Singh and former head of the National Industrial and Commercial Investments Limited (NICIL)/Privatisation Unit, Winston Brassington, arising out of the sale of three plots of state land.

They are accused of illegally selling the land for more than GUY$900 million.