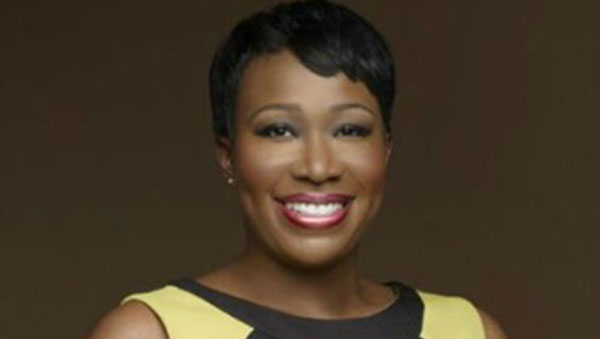 Influential MSNBC host, Joy Reid, was born to a father from the Democratic Republic of Congo and a Guyanese mother.

Reid, 49, a political analyst and journalist, is a national correspondent and host for MSNBC, and is also a regular political commentator on both television and in publications, including The Daily Beast.

She was born on December 8, 1968, in Brooklyn, New York, to a father, from the Democratic Republic of Congo, and a Guyanese mother, a college professor and nutritionist.

She graduated from Harvard University in Massachusetts with a degree in film and is a 2003 Knight Center for Specialized Journalism fellow.

During the 2004 US presidential campaign, Reid, whose net worth is estimated at $1.5 million, as of 2018, served as the Florida deputy communications director for the “America Coming Together” initiative, and was a press aide for President Barack Obama’s Florida campaign in 2008.

Over the course of her journalism career, Reid has written numerous political pieces, which have been featured in The New York Times, The Guardian and the Miami Herald. She is the author of a non-fiction book, “Fracture: Barack Obama, the Clintons, and the Racial Divide (2016), based on the recent history of the Democratic Party.

Recently, Reid has faced controversy, after a series of what The New York Times called “incendiary”, and MSNBC called “offensive”, posts from her defunct, decade-old blog were rediscovered and shared on social media. She has claimed that her blog was hacked into and manipulated.

The five-foot, nine-inch tall Reid, who lives in Florida, is married to Jason Reid, a documentary film editor for the Discovery Channel, and the couple has three children.

According to ICS, Caribbean immigrants have been contributing to the well-being of American society since its founding. Alexander Hamilton, the First Secretary of the US Treasury, was from Nevis.

It said its effort began in 1999 with a petition to President Bill Clinton for the recognition of a Caribbean American Heritage Month.

The official campaign for a National Caribbean American Heritage Month began in 2004 when a legislative bill was tabled in the US Congress by Congresswoman Barbara Lee.

Since the declaration, the ICS said the White House in Washington, D.C. has issued an annual proclamation, recognizing June as Caribbean-American Heritage Month.

“Through the commemoration of this month, we hope to ensure that America is reminded that its greatness lies in its diversity, with Caribbean immigrants — from founding father, Alexander Hamilton, to journalist, Malcolm Gladwell, who have shaped the American dream”, said ICS founder and president, Jamaican Dr. Claire Nelson.

“Every day, members of the Caribbean Diaspora contribute to shared prosperity here in the U.S.A., as well as in the Caribbean region,” she added. “They contribute to America’s well-being, through their participation in all walks of life, from the military to the board rooms, to the school rooms, as they strive to make better lives for themselves, their families, and their communities.

“They also contribute to the well-being and welfare of the Caribbean region, through remittances of treasures, time and talent to families and schools, and churches they left behind,” Nelson continued.