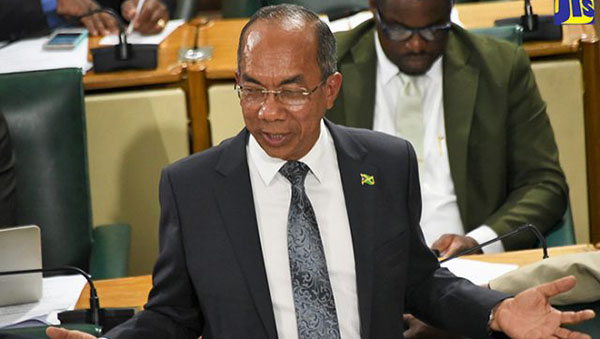 KINGSTON, Jamaica, June 14, 2018 (CMC) – The Ministry of National Security will be enhancing the technological capabilities of the Jamaica Constabulary Force (JCF), in an effort to clamp down on crime.

He was speaking during his contribution to the 2018/19 Sectoral Debate in Parliament earlier this week.

As it relates to measures to improve force mobility, the National Security Minister told the House that J$1.1 billion has been allocated for the acquisition of specialised vehicles for the force.

He noted that last year, approximately $494 million was expended for the purchase of vehicles, many of which were pre-owned, to enhance the operational logistical capabilities of the force and aid in crime-fighting efforts.

“Moving forward, the policy is to acquire new vehicles. I have been in discussions with the Commissioner of Police, who will be exploring the idea of procuring custom-built vehicles…, which are in line with 21st century policing,” he explained.

Chang told parliamentarians that the government is committed to transforming the police force, to include improvement in the establishment structure; acquisition of appropriate technology and equipment; and establishment of specialised services, among others.

“We intend for the JCF to become a career of choice for the many, rather than the few,” he said.