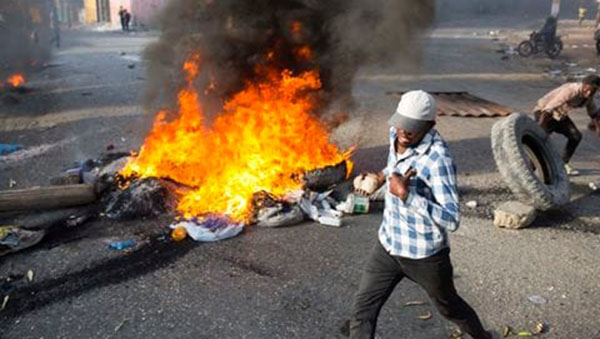 The decision to suspended the increase in the price of gasoline, was announced, yesterday, by Prime Minister, Jack Guy Lafontant.

On Friday, at least three people were reportedly killed, as Haitians took to the streets, burning tires and mounting roadblocks, following the government announcement of the increase.

Just before the suspension was announced, the leader of Haiti’s lower house of parliament had threatened a government takeover, if the fuel price increase was not reversed.

Shortly after, Lafontant announced suspension of the price hike decision, on Twitter, stating that “violence and democracy are fundamentally incompatible”.

The police report, that on Friday, two of the protestors were fatally shot, when they clashed with the police in the capital. The third person killed was a security guard for a former political candidate, who was stopped at a barricade.

According to reports, the price hike is based on an agreement, signed with the International Monetary Fund (IMF) earlier this year.

The agreement implied the ending of subsidies for petroleum products, which are a major source of the budget deficit.

It also included increased spending on social services and infrastructure and improved tax collection, in an effort to modernize the economy.