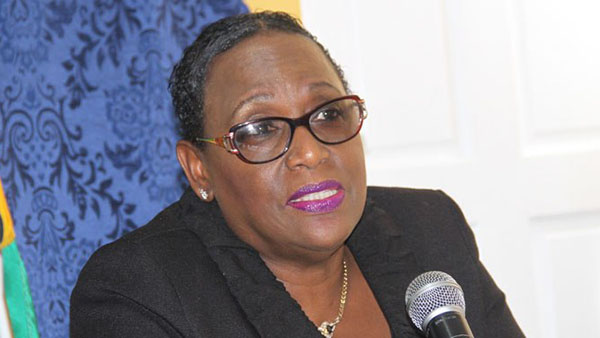 KINGSTOWN, St. Vincent and the Grenadines, July 27, 2018 (CMC) – As the trial in the two election petitions is pushed back to December, three years after the general election, a lawyer for the main opposition, New Democratic Party (NDP), says the party has already secured a political victory.

Senator Kay Bacchus-Baptiste, who made the assertion on local radio, also said that the petitions might not be disposed of, before the next general election that is constitutionally due in March 2021.

“I am not saying this to have people feel despondent ..… let’s suppose that we have the hearing in [December] and the other side loses, they will appeal. They would appeal. They have already telescoped that, which means that even though we win in December, they would appeal and maybe it would take three months, maybe for the appeal to come off,” she said.

The cases, which were scheduled for trial in September, were, this month, pushed back to December, after a case management hearing before trial judge, Justice Esco Henry.

“… when we went to court on the 12th of July, … neither party, neither the petitioners nor the respondents wanted that date (September) vacated, but Justice Henry raised the issue that because of all these applications that were before her, she thought it was impossible to be able to get them through in time to have our hearing in September,” Bacchus-Baptiste said.

She said that the judge indicated that because the High Court goes on holiday from the end of July to the middle of September and the number of applications in the case, it appeared to her that she would not be able to conduct the trial in September.

“So based upon her promptings, the petitioners met and tried to find an alternative date that would suit everybody in relation to the trial of the petitions.”

Bacchus-Baptiste said that various dates were put forward and the parties settled on December 3 to 7.

“That basically is the consent order, which was filed by the parties, signed by all the parties,” she said.

“Now, I know that persons would be very, very disappointed. They were looking forward to a hearing in September and now we have gone to December. As I said, for my part and from the petitioners’ stand point, we find that we cannot fault the judge in this situation, because, as she said, there were a number of applications and she is a very thorough judge and, therefore, if we want the matter heard and dealt with thoroughly, we have to agree to postponing it.

Bacchus-Baptiste said questions about where the petitions are going and about the people being fed up are valid.

“As far as I am concerned, let me speak politically…. we have already won in relation to what we set out to do for the petitions. We have shown and we have had the other side, by submissions and by affidavits, admit that over 300 votes were illegally counted, that according to law are void and should not be counted in Central Leeward…”

The NDP is challenging the results in Central Leeward and North Windward, two of the seats that election officials say the Unity Labour Party won for a fourth consecutive term in office.

“Our argument is that in any election, especially in one of the smallest constituencies, where you have 300-and-something ballots illegally counted that should not be counted, that alone is substantial non-compliance with the election law… It is a substantial one, qualitatively, and, therefore, the election should be set aside, politically.

Bacchus-Baptiste said the result of that bad design is that it breached the constitutionally guaranteed secrecy of the vote, and allowed “the other side” to know how many ballots they needed to win.

“… now, this is a political argument — I am saying, but it is significant.”

She said that while the 300-plus ballots were not all cast for the ULP candidate, “you have disenfranchised 300 and something voters.”

“What is more, the strength of our case, it does not seem as if this was just a mistake. You don’t repeat a mistake 300 times. So that is why we want our supporters and even well-wishers and right-thinking persons to understand what took place in the 2015 elections.

“It is an aberration that took place; badly designed ballot papers, which led to disenfranchisation in one constituency only, over 300 voters and a breach of the secrecy of the ballot, which is enshrined in our constitution and enacted in the Representation of the People Act.”

The senator said it is likely that something similar happened in previous general elections.