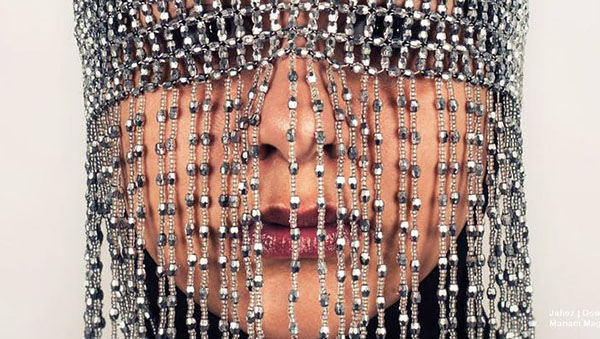 Art Show Takes On The Misrepresentation Of Muslim Women

Muslim women in the West have been battling inaccurate stereotypes for ages. In the post-Sept. 11 era, Muslim women have come to be seen as one-dimensional figures in need of saving by the “West” and lacking dynamism or the ability to act. This month, a visual art exhibit opening in Toronto aims to challenge those representations.

(Mus)interpreted is presented by the Truth and Dare Project and organized by artist Zahra Agjee and curated by Agjee and her team, including Samaa Ahmed, Iman Bhatti and Leila Fatemi. The annual show, now in its fifth year, showcases the work of emerging and established Muslim artists in the Toronto area and in so doing, opens up spaces for Muslim women to narrate their own stories.

The curators say the show provides insights into “the diverse realities of Muslim women” and is a “collective envisioning of a self-determined and inclusive future.”

I walked through the exhibit floor a couple of years ago, reading the artistic statements that accompanied the visual pieces. The descriptions conveyed powerful stories of “misrecognition” and challenged the current skewed and limited representations of Muslim women.

Those voices of the artists behind the showcase proved to be invaluable companions for me as I teased out ideas I have long been grappling with as a researcher examining issues of recognition, marginality, agency and emancipation. As a Muslim woman, I felt an uncomfortable intimacy with the artworks on display. Touring the exhibit conjured up buried feelings and past experiences of xenophobia that I have long pushed into the recesses of my mind.

The exhibit also left me feeling rejuvenated and renewed as it validated and reflected back to me experiences I have rarely shared. 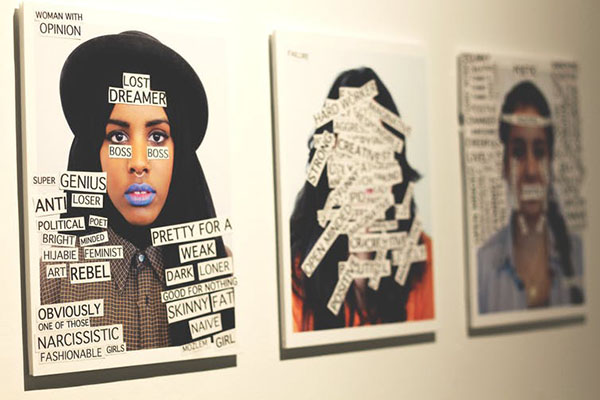 Misrecognition carries severe consequences
Since Sept. 11, 2001, Muslim women have been regularly caricatured and portrayed as politically flat. These caricatures are then deployed in the service of nationalism and empire.

The (mus)interpreted artistic works I saw did not shy away from engaging with these complex politics. They explored the experiences of living as Muslim women in North America dealing with problematic stereotypes, while critically grappling with issues of Muslim hypervisibility and invisibility.

Psychiatrist and philosopher Frantz Fanon did much to advance our ideas of how misrecognition carries severe consequences across material, social and psychological levels. Misrecognition, or not being fully seen by others, can leave people feeling frustrated, thwarted, out of body and out of place.

The idea of recognition aims to reverse the plight of misrecognition through an emphasis on mutual “positive seeing” that allows for true and free actualization for all peoples.

The emphasis on mutuality brings real possibilities of producing a more equitable and democratic society. Recognition scholars argue that by moving to more respectful ways of seeing “misrecognized peoples,” we can move to a more equitable distribution of socioeconomic and political power.

The refusal of misrecognition
The perspectives of the artistic works in the 2016 (mus)interpreted exhibit I attended were expansive: from a charged portrait series to historically inspired pieces looking at representations of the Orient to spiritually rich installations on the transformative power of meditative prayer.

However, the story of recognition did not develop in the ways I was used to seeing. 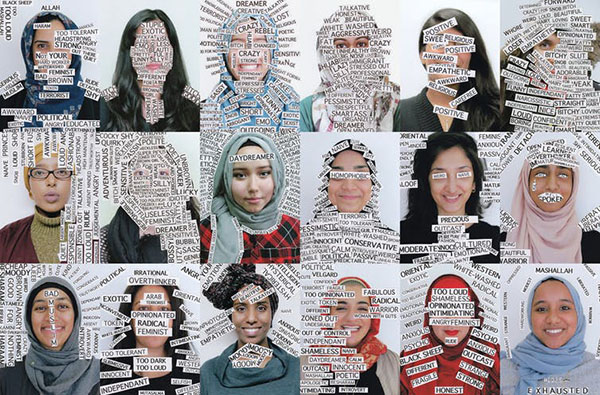 The show challenges the standard corrective approach to misrecognition. The artists do not just “correct” inaccurate stereotypes; they make claims to complex and emancipatory identities.

The artists take up recognition as a site of claim-making, without offering up an easily digestible, reconciled, desirable formulation of “Muslim womanhood.” Recognition is the jumping-off point, a signpost to draw attention to their work, but the artists redirect their viewers to much more multi-variant, self-directed trajectories.

In other words, the artists claim all of their multiple identities and, like superheroes, they assert the ability to slip in and out of the audience’s view. They escape easy readability. They move in and out of multiple formulations of who is a Muslim woman.

Beyond just refusal
This complex response to misrecognition seems counter-intuitive. Scholars Audra Simpson and Glen Coulthard explain that the politics of “turning away” from misrecognition is a strategic and subversive tactic available to marginalized people as a way of engaging with issues of misrecognition in an emancipatory and self-affirming way. In other words, turning away is a “dual refusal” to be situated and managed and “to be politically subsumed/consumed by the overarching system”. 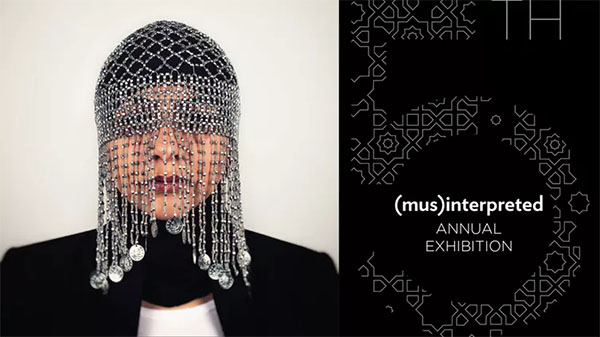 For example, the artist’s statement to Warsame’s piece Appreciation, (2016), touches on the complexities of the social dimension of Muslim womanhood.

The theme of the layered unknowable self, escaping simple recitations of experience and identity, was prevalent throughout the 2016 (mus)intereperted exhibit.

The resistance Warsame constructs is the Black Muslimah centring herself and her needs, in a world that demands that she focuses her attention on the needs of others, including those who struggle to understand her. Instead of directing her energies to explaining who she is for the benefit of others, she turns her attention to herself.

What is important to the Black Muslimah protagonist, which Warsame presents, is her continuous discovery of self, on her terms – irrespective of the outside world’s comfort or ability to see her.

Rather than creating a corrective, singular construction of Muslim womanhood to satisfy a desire for a clear message for the public, (mus)interpreted makes moves into the uneven terrain of “non-recognition,” “refusal” and “self-recognition” as areas of rectification and aspirational imaginings for more “inclusive futures.”