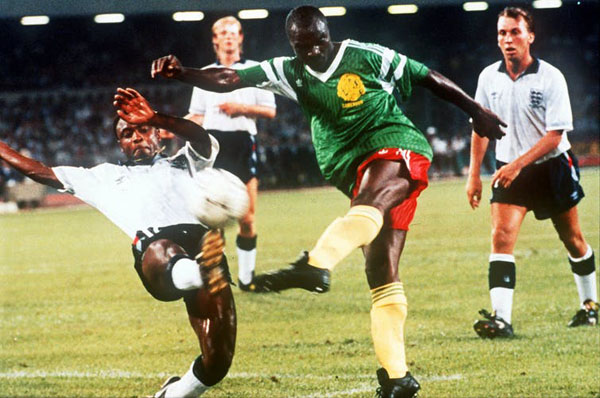 The proud footballing nation of Cameroon is under the spotlight for all the wrong reasons. This follows the announcement that they have been stripped of the hosting rights for the African Cup on Nations (AFCON) 2019 because of delays with preparations as well as security concerns.

The Confederation of African Football (CAF) announced the decision after a meeting of its executive committee, saying that “a number of compliance conditions have not been met” and that it did not want to expose the Africa Cup of Nations to any issues that could impact on the success of the most prestigious African competition.

The competition is due to start in June 2019.

There’s no denying that hosting a large scale sporting event comes at a cost. There are years of planning and investment to ensure that the necessary infrastructural work gets done. This kind of financial commitment is daunting for any nation, but particularly for Cameroon which is ranked 93rd out of 190 nations in terms of its wealth.

But countries opt to host events like this because they believe that there will be positive economic and social spin offs. Cameroon is no longer in a position to benefit in this way. And the decision is also a blow to its reputation, particularly given its reputation as a great footballing nation.

The importance of football
Football is known as the “king” sport in Cameroon. Ever since its introduction in the 1920s it’s been the number one sport in the country. When the national team plays, the streets are empty and the bars are full of people. Even the local football leagues, are a favourite topic of conversation even though most matches aren’t broadcast on television.

The growth and popularity of football in Cameroon is largely attributed to the success of the national men’s team “The Indomitable Lions” and more recently the emergence of the national women’s team “The Lionesses”. The men’s national team has played in seven FIFA World Cup competitions, more than any other African team. The women’s team competed in their first ever FIFA Women’s World Cup in 2015 making the last 16.

Even today, football fans reminisce the triumphant emergence of the men’s national team in the 1990 World Cup and forward Roger Milla’s trademark dance by the corner flag, and the men’s victory at the 2000 Sydney Olympic Games which secured Cameroon’s first ever Olympic gold medal.

Politics and the people’s game
But football has become more than a sport in Cameroon, with many people arguing that football is politics. For instance, political interest began in the early part of 1990 after protests and calls for political reform. Luckily for President Paul Biya, who has been ruling the West African country for 36 years, the national team’s performances at the 1990 World Cup in Italy diverted attention from political issues. 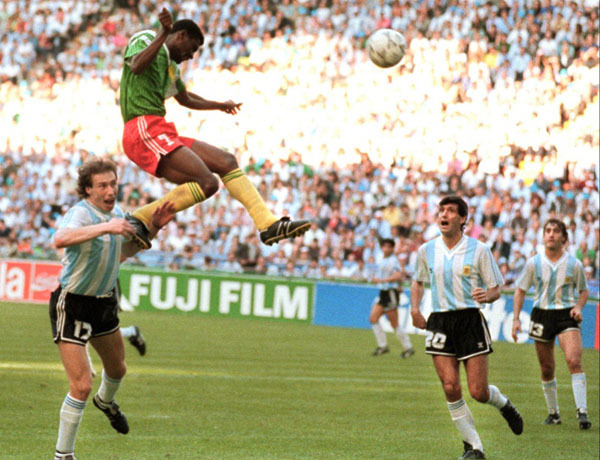 Research studies have shown that football plays a very prominent role with building a sense of nationalism and unity for Cameroonians. It’s therefore no surprise that the government has used football as bait to gain some form of stability when its power has been at stake. For example, Biya declared a national holiday as a result of the successful performance of the national team in the 1990s.

More recently he has taken to several news outlets and forums personally to defend his country and argue that Cameroon is fit to host the African Cup on Nations in 2019.

Likely economic and social fallout
So what is the likely impact on Cameroon after losing the event?

Firstly, it will lose a great deal of good publicity. Hosting major sports events often helps to increase the positive profile of the host nation. In Cameroon’s case, its currently in the headlines for all of the wrong reasons.

CAF’s decision is also likely to tarnish the Cameroon’s international reputation. And it’s likely to affect the country’s economy. The short term economic boost which is typically associated with big events is a surge in visitors, athletes and media who spend and inject money into the local economy has also been lost.

In the longer term, a significant benefit of hosting a prestigious competition is investment which inevitably leaves a legacy of improved sporting venues and the creation of local jobs.

This investment hadn’t yet got off the ground in Cameroon. Only four of the planned six stadiums have been built while three out of five cities still have no accommodation infrastructure.

Wider instability
In addition to the infrastructural delays, the CAF Security Inspection Team also noted wider issues during its most recent visit to Cameroon. The team noted that “wider issues” could affect the success of the competition. This was a reference to the political instability in the country which has extended to some fearing that Cameroon is on the brink of civil war.

Cameroon’s ruthless military crackdown on a separatist movement in Anglophone regions has led to claims of genocide. Cameroon also continues to contend with the enduring terrorist threat of Boko Haram attacks as the terrorist sect remains operative in the country’s far north.

CAF’s decision means that an urgent call is now out for new host country bids to ensure that AFCON 2019 takes place as planned. The plan is to announce the new host in early 2019.