New in Pride
Home / National News / The Black Community, The Church — And The Truth 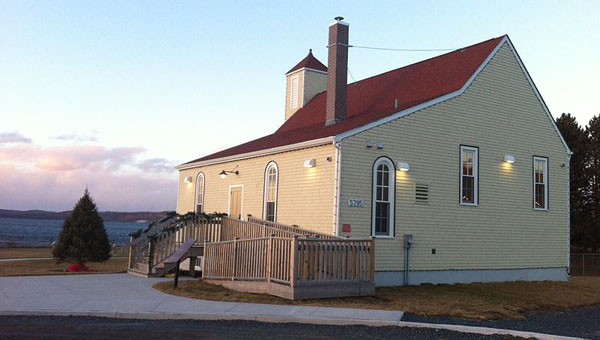 The Africville Church (est. 1849), located on the southern shore of Bedford Basin in Halifax, Nova Scotia was destroyed when the Black-founded and populated town was condemned and razed in the late 60's, by the Halifax government. The church was reconstructed in 2011 as part of the Halifax Council 's "Africville Apology", under an arrangement with the federal government, to compensate descendants and their families, who had been evicted. Photo by Hantsheroes - Own work, CC BY-SA 3.0, https://commons.wikimedia.org/w/index.php?curid=24396462.

The Black Community, The Church — And The Truth

The truth has always been a loner and also the uninvited guest in any dialogue. However, even in the face of all accompanying negativity and alienation, the need for its appearance exists.

Dating back to slavery we have developed a degree of hostility towards knowledge, and/or any Black mortal, who displays a proclivity to display an exceptional level of intelligence. We equate this with selling out or trying to be White. Speaking in politically-correct terms, we tend to view knowledge, or its pursuit, as part of the white man’s domain.

Having spoken in such a manner, I can say that the moment there is the opportunity for a union of digits and keyboard, the risk level of my being unfavorably judged will rise considerably, coupled with disparaging remarks hurled in my direction.

Yes, many are going to disagree with me, and be assured, that I am not taking the stance of a bitter or rejected person. On the contrary! Instead, I speak as a regular church attendee, and one who claims to have seen the truth.

God did his part when he gave us common sense, but it is entirely up to us to utilize it effectively, and take note of who is feeding, leading and victimizing us. Sadly, the very same type of mental illness that plagues our Black community, is the same one that also plagues our Black churches.

The Black church has become completely ineffective, devolving into a mere shadow of its former self. Ponder on this for a brief moment: If Black churches actually used their collective energies and influences to actually help Black people, would we not be in a much better place today, as a people?

Can you imagine what could be done with all that “tithe” money the churches collect on a weekly basis? Imagine the vast possibilities. Mind boggling, don’t you think?

Black churches in every community should form confederations, amalgamating the tithes that are being collected, every Sunday, to purchase businesses to provide employment for the young people, and purchase properties to provide affordable housing in the community for their congregants.

In addition, the church should remain open, seven days a week within working hours, hiring unemployed mothers to provide affordable daycare, especially to the young, working single mothers in the congregation. Don’t just preach to them, teach and reach out to them.

The retired professionals — teacher, nurses, accountants, social workers, doctors etc. — in the congregation could be used to assist in mentoring and instructing the people in the congregation and the community. And of course, there should be the formation of a Citizens Committee, tasked with overseeing the operation of the various businesses, with at least three required signatures, in the event of withdrawals for whatever reason. You know the type of relationship that exists between Blacks and money, especially that of others.

Finally, to ensure that the funds are being used, most efficiently and effectively, preachers should be placed on salaries, instead of being allowed to get rich at the expense of the congregants.

The Bible makes no allusion or statement that Jesus was a rich man, so why should preachers be?

Permit me to make clear my stand and stance on this issue. My position is the same as that of the New Covenant. Read my lips, I am not saying that money is bad, because, in reality, it is the love of money that is the root of all evil. I am also not saying that the people of God should be poor, but saying instead that we should be spiritually aware of leaven and mammon pastors.

Make no effort to escape accountability, by proclaiming that I am sitting in the position of judge. No way, shape or form, for it is God who does the judging, and those of us, who believe in and stand for righteousness, simply transmit the message. Please, try going to your church when you have lost your job, or do not have enough money to pay a bill, and tell me what unfolds.

Take it or leave it, but the Black community has, in one way or another, spoilt its preachers. When a need becomes apparent, the preachers tell the congregation to take it to the Lord in prayer, but before the idea even leaves human lips, en route to God’s divine ears, almost instantaneously every sister and brother (more sisters than brothers) come forward with a plethora of suggestions — bake sales, tea parties, gospel concerts, brunches or breakfasts for dealing with the need. However, on the converse, when the preacher is in need of something, he in turn, turns to the congregation.

So the community must start demanding more of their preachers. For in the same manner, in which it is the preacher’s job to keep us on the path of righteousness, thus in similar fashion it is our job to demand the same of them.

Another religious aspect, to which attention needs to be paid, is our growing affiliation with television pastors. Let us carefully evaluate our association with them, especially the manner in which they present the word of God. Their twisting of the Scripture very often go unchecked, as many of the listeners are not versed enough in the Bible to detect the errors and deceptions.

Are the television pastors of today feeding the sheep, fleecing the flock, merchandising the Gospel or doing all of the above at the same time?

Every week people visit the church of the moneychangers by tuning in to their broadcasts. Tapes, books, holy waters, prayer handkerchiefs, oils, cloths, and C.Ds are sold, as the Gospel is repackaged, ready for merchandising.

Pastors, (profits) prophets, and evangelistic (con) artists come boldly before a congregation or television audience of desperate people, who have lost their jobs, are in dire financial straits, believe that others have done them ill, people with illnesses and people who have lost hope.

What happens next? You can purchase hoping and coping ability through their on-line offering plate, their books, waters, oils, tapes and conferences.

Am I the only bold one, who dares to remind them that Christ and the Apostles never once sold the repackaged Word of God? Yes, I know the question that would be coming forth, how do I expect them to pay all the church expenses etc.? The answer to that is simple and is herewith unhesitatingly supplied — they should use the blueprints Christ used and left, instead of reverting to Man’s own agenda.

Both Christ, his apostles and prophets were able to do so much with so little, simply because it was the power of God at its very best. Nevertheless, repackaging, merchandising and selling a Gospel that one does not own is far from a godly gesture.

It is at this juncture that I am appealing to common sense reasoning. I am not on a witch hunt — too unskilled for that. I am on a snake hunt, and, believe it or not, many of them occupy the television and the pulpit.

Christ warned of “another Gospel” and the apostles warned us to try the spirits to see if they are of God, and to reject those who bring other messages. When a church becomes comfortable with homosexuality, although God calls it an abomination, (Leviticus 18:22) something is drastically and spiritually wrong. When the members follow the pastor, instead of correcting him and holding him accountable for his teachings, much more is wrong.

It is imperative that accountability finds its way back into the church, if it is indeed the church Christ founded. When a church, looks, thinks, functions and behaves in the same manner as the world that it is supposed to impact, much, far too much is wrong. In 1 Corinthians 12: 26 we are told that we are accountable to each other, because we are affected by our brother’s actions.

The Black community needs to wake up, shake up, take up and then look up. Surely, we do not need a rock to fall on our heads to spur us into action. Find a solid place of worship, where questions can be asked, and where you can grow and participate, and where they request and require you to study for yourself: a place where you are helped if you need it, and above all, the pastor sets the example by living a life of moderation and humility; a place where the members look after, and out for, each other; a place where the Word of God is preached and not watered-down or sugar-coated to please and ease the congregation; a place where the sermon (not a sermonette) and its accompanying message is more important than rattling podiums or shouting choirs; a place where you see the money going to help the hungry, the needy of the church, or community, the homeless or to improve the conditions of the church itself; a place where, above all, you are known, loved, respected and corrected, and where you leave, always assured that you were in God’s presence.

Such churches do exist. Seek and you shall certainly find. Remember, however, everything is at stake.