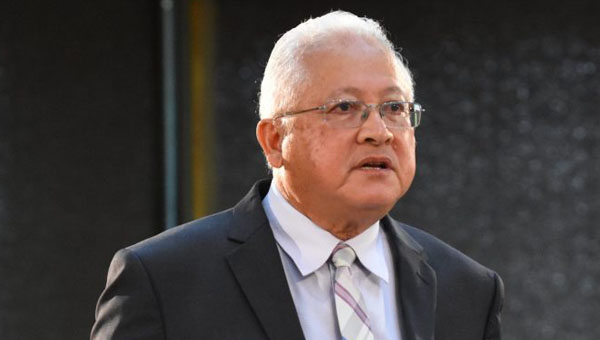 Jamaica's Minister of Justice, Delroy Chuck, closes the debate on the Dogs (Liability for Attacks) Act, 2020, during the sitting of the House of Representatives on Tuesday. The Bill is to continue through all its stages at the next sitting of Parliament. Photo credit: Mark Bell/JIS.

KINGSTON, Jamaica (Friday, October 30, 2020) — Minister of Justice, Delroy Chuck, is calling for dog owners to have their animals spayed or neutered, as one measure to reduce attacks on members of the public.

He made the call, while closing the debate on the Dogs (Liability for Attacks) Act, 2020, during the sitting of the House of Representatives on Tuesday.

Spaying involves sterilising a female animal, by removing the ovaries; while neutering refers to the removal of the male animal’s testicles.

In addition to preventing unwanted litters, spaying and neutering prevents aggressive behaviours and reduces the urge of animals to roam, ultimately leading to fewer instances of attacks on persons in public spaces, by dogs that have escaped the confines of their private area.

Minister Chuck said that dog owners have a responsibility to ensure that the animals are secured within their property, and that they cannot jump over fences or escape through gates and go out on the streets.

He noted that the Dogs (Liability for Attacks) Act, 2020 seeks to “engender, to encourage and, if necessary, enforce responsibility” on the part of owners, by providing for criminal and civil liability, when an animal attacks, injures and/or causes the death of a person.

“Nowadays, we see far too many dogs in the public space… chasing persons, who are going about their normal business, and it’s just not right. We have had the harrowing information and knowledge of how many persons have been injured by dog attacks. It is a regulatory Bill to be a strong deterrent and to encourage dog owners to ensure that they keep and maintain their dogs in their private property,” he said.

The legislation provides protection for citizens against dog attacks that occur in communities, on the road, or when members of security firms use the animals to assist in the management of public spaces.

The Bill is the first of several pieces of legislation that will update laws dealing with dogs and other animals.

It follows several vicious attacks on members of the public up to 2019, which led to a national outcry for the existing 1877 Act to be amended, as it had no provision for criminal sanctions for negligence on the part of persons, whose dogs attack or injure members of the public.

The Bill provides for civil liability, in respect of injury, caused by a dog, and criminal liability where an individual is attacked by a dog, along with the appropriate penalties.

It also provides for a procedure for reporting attacks by dogs and empowering constables to investigate and, in appropriate circumstances, to issue a warning instead of proceeding to criminal charge.

Additionally, the owner of a dog has a duty to ensure that, at all times, while the dog is in a public place, it is kept under control and fitted with a muzzle, restraint or contained in a receptacle that allows movement to be kept under control and prevents it from biting or presenting a menace to any individual.

The dog must not be permitted to enter any public place that prohibits the entry of dogs, unless it is for the purpose of security, any lawful purpose by a government agent or is guiding a person with a disability.

Civil liability can be incurred if the dog causes injury in any place other than its home or where it is normally kept.