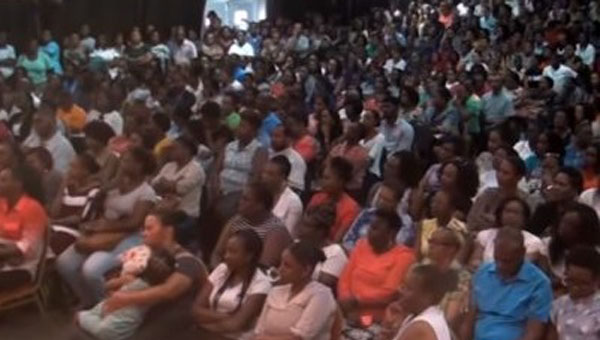 CASTRIES, St. Lucia, March 12, 2019 (CMC) – Teachers stayed away from the classrooms for a second consecutive day, today, as their bargaining agent, the St. Lucia Teachers Union (SLTU), said it was still awaiting a response from the government, regarding negotiations for the 2016-18 period.

SLTU President, Julian Monrose, said that the union had first submitted the proposals to the Allen Chastanet government in November 2016, and re-submitted them in August last year but, to date, there has been no response from the authorities.

“It is like speaking to the ministry on those things; you feel, at the meeting, that you are getting somewhere. They engage you, we speak, but after the meeting, that’s it. The undertaking is not carried out,” Monrose told reporters.

Earlier, he defended the decision of the union not to accept a lump sum, in lieu of the negotiations that had been offered by the government, last December.

“Why did we reject the idea of the one lump sum?” One, we are not prostitutes. We are not. We are professionals and we must be treated as such. Two, which union that is worth its salt, will negotiate for Christmas. So, there isn’t life after Christmas?” he told teachers, who, on Monday, walked out of the classrooms to attend an emergency meeting with the union.

Teachers were not the only public servants venting their anger at the slow pace of negotiations.

On Monday, members of the Civil Service Association (CSA) staged a silent protest in the streets of the capital, to express their displeasure at the stalled negotiations with the government.

“The members have rejected the concept of waiting. They believe the time has come for government to take the unions more seriously, and that we complete negotiations in the shortest possible time.” CSA President, Cyprian Montrope, told a local television station.

“Members overwhelmingly accepted the fact that negotiations must continue in a manner that it is supposed to, which is a collective agreement that must be completed,” he added.