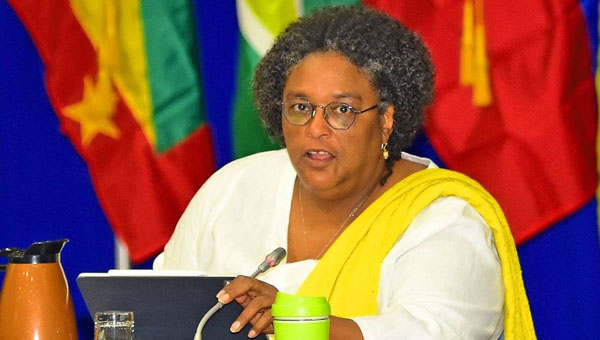 “Without a doubt, Sir James has served well, the people of his country, as well as the people of this region, as a Member of Parliament, Premier and Prime Minister.

“In fact, it ought not to be lost on us today, as we reflect on his life, that Sir James was first elected to the Parliament of St. Vincent and the Grenadines in 1966, the same year that Barbados became independent, and very early in a period when West Indians began, with earnest, to assert their right to sovereignty. 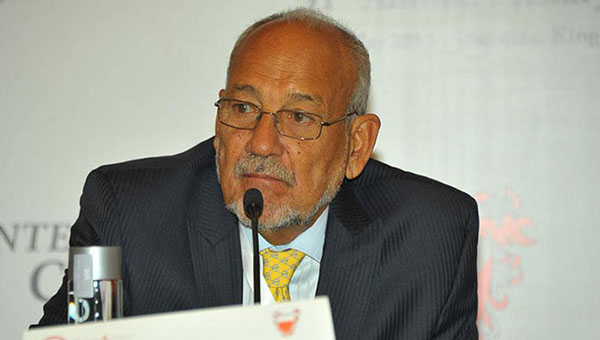 Photo courtesy of the Antigua and Barbuda government.

“For all his regional recognition though, Sir James knew well the meaning of the phrase ‘all politics is local’. Just six years after becoming an MP, he ran as an independent candidate representing the Grenadines constituency, and won — in an election that ended in a 6-6 tie.

“By the time the negotiations were concluded, Sir James was the premier of St. Vincent and the Grenadines.

“Even though it has been more than three decades since Sir James contested his last election, he remained a towering figure in the affairs of the Eastern and Southern Caribbean.

“At the personal level, I visited Sir James while he was being treated at the Queen Elizabeth Hospital and was warmed by the fact that, despite his illness, the personality and spirit I have known for so long, were still there.

“I have always been fascinated by his ever-present charm and wit, qualities that were equalled only by his knack for storytelling.  I will always treasure my many years of travelling to Bequia and the privilege of communicating with him. We shared a passion for the Caribbean Sea and, together, recognised that with the right vision, it was more of a cord that bound us together than a gulf that separated us. I will forever cherish the moments we spent together.

“So long, Sir James. You have served us all well. Rest in peace.”