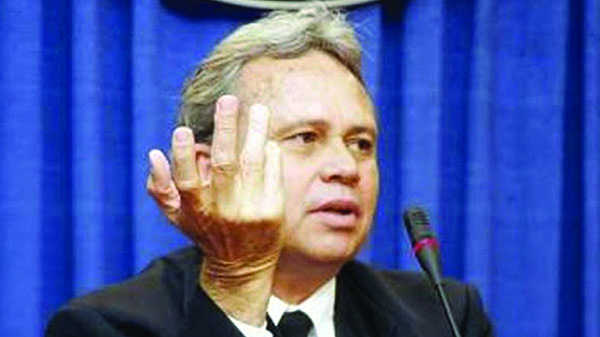 “This statement, about the government needs to get the hell out of there, makes absolutely no sense and, in fact, I would say it is tantamount to public mischief,” said Finance Minister, Colm Imbert, as he responded to a statement, attributed to businessman, Arthur Lok Jack, that the government should “get the hell out” of the Trinidad and Tobago-based regional insurance company that collapsed a few years ago.

“I want to make it clear, that the government is not appointing this board and that board. In fact, in the filings to the court, the liquidators are the ones appointing the boards of the various subsidiaries of (CLICO) and that should be known by all these magnates, all these tycoons, and so on,” Imbert said.

He reminded the country that the government had, in fact, exited CLICO in 2017, when it handed the company over to court-ordered liquidators, Hugh Dickson and Marcus Wide, of the firm, Grant Thornton.

Imbert said “this has been widely publicised in the print and electronic media”, and that the liquidation was in accordance with the Companies Act.

He said businessmen, like Lok Jack and others, who attended the Trinidad and Tobago Chamber of Commerce event, earlier this week, should be aware of the requirements.

“I just think this whole thing is absolutely ridiculous. I mean, what kind of statement is this? ‘These things are being run under the guise of I don’t know what?’ Absurd. So I want to clear the air on that.”

Imbert said the government did have directors on certain boards, because of its shareholding, giving, as an example, the government having a director on Angostura, because the state owns 30 percent of shares, and another on Home Construction Ltd., because it owns 16 percent.

“All of the other members of the board, of all the subsidiaries, have been appointed by the liquidators. The government has not been running these companies. That is a farcical and absurd statement,” Imbert said.

Imbert said he was fed-up at the “campaign of public misinformation”, saying “this is not the first time. I hope it’s the last time”.

In 2017, the government defended its decision to seek a court-appointed liquidator to deal with the assets of CL Financial company, the parent company of CLICO, saying it was seeking to ensure that taxpayers were not on the losing end of a TT$15 billion interest-free loan.

Prime Minister, Dr. Keith Rowley, said then, that there was absolutely “no malice, no conspiracy” on the part of his administration to seek to protect the interest of taxpayers, who had originally provided TT$23 billion dollars to bail out the company, whose flagship interests include: CLICO, British American Insurance Company (BAICO), and the CLICO Investment Bank (CIB).