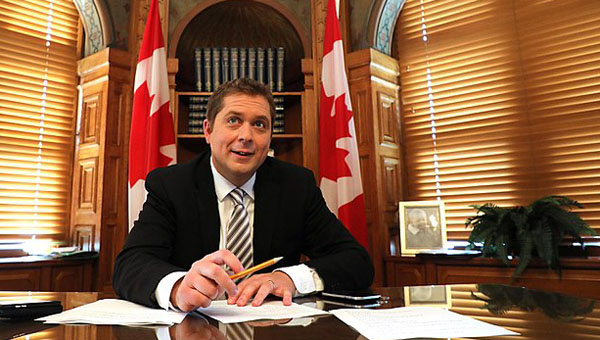 For most of his political career, Scheer has been widely known as one of the party’s most prominent social conservatives. He has a long history of taking public positions advocating a pro-life stance on abortion, as well as voicing consistent opposition to efforts aimed at extending the rights of the LGBTQ community.

Despite drawing considerable support from social conservatives, Scheer has tried to distance himself from these positions during his time as leader.

In the run-up to the election, Scheer offered a message of unity to the party’s rank-and-file members, focusing on well-worn fiscal conservative messages advocating balanced budgets, lower taxes, smaller government and support for middle-class families.

Even as the Conservatives try to craft an image of Scheer as “Harper with a smile,” there are larger questions about whether the party can return to the ideological consensus that previously held it together. 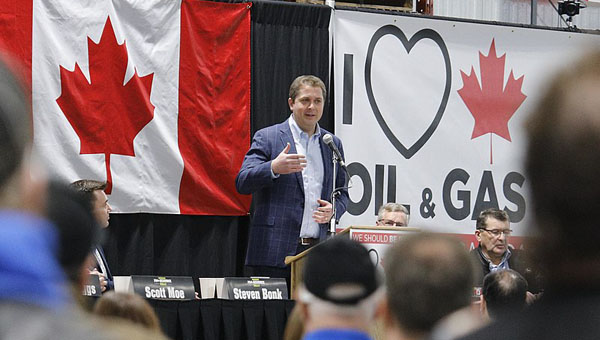 This election, the Conservatives face an identity crisis stemming from developments on the right both in Canada and other parts of the world, particularly in the United States.

While the Conservative Party’s strategy hinges on offering a return to Harper-era neoliberal managerialism, it may be the case that this ideological framework is no longer capable of bridging the disparate factions of the Canadian right together.

Harper and the Big Blue Tent
The 1990s were a divisive time on the right in Canada. The Progressive Conservatives’ implosion in the 1993 federal election, coupled with a resurgent western populist movement led by Preston Manning and the Reform Party, resulted in a long period of Liberal electoral dominance.

It wasn’t until Harper, a former Reform MP, returned to politics in 2002 to lead the unification of the Canadian Alliance and PCs into the modern Conservative Party that the right would once again be a serious threat to form government.

In winning three successive federal elections during the 2000s, Harper successfully bridged the previous ideological factions that had divided conservatives.

Under Harper, the Conservative Party of Canada developed into a brokerage political party that downplayed and tempered overt ideological commitments in an effort to create a winning coalition.

While “red Tories,” social conservatives and Reformers comprised cornerstones of support for the Conservatives, they generally sacrificed their ideological agendas in favour of a mutual commitment to Harper’s brand of pragmatic neoliberalism.

This neoliberalization of multicultural discourse helped the Conservatives overcome a key hurdle to electoral success, one that had proven particularly troublesome for the Reform Party.

A splintering of the right in Canada?
Harper may have provided a pathway for electoral victory in previous federal elections, but political shifts since 2015 should raise questions about the Conservatives’ ability to secure victory using the same ideological consensus this time around.

Some of these shifts have occurred internationally. The election of Donald Trump in 2016, and the mainstreaming of far right and socially conservative ideologies south of the border, have raised concerns about similar developments unfolding in Canada.

The Conservatives’ opponents have already latched onto these developments, accusing Scheer and Conservative candidates of harbouring intentions to enact the same type of regressive social reforms if elected.

It will be a challenge for the Conservatives to navigate these comparisons.

On the one hand, being likened to American conservatives could spell trouble for the party among centrist voters concerned with the spread of Trump-style politics into Canada. But on the other hand, the Conservatives will also need to retain and mobilize the support of social conservatives to stand a realistic chance of unseating Prime Minister Justin Trudeau.

Given Scheer’s own status as a longstanding social conservative, this balancing act may prove difficult and force the party to depart from their preferred neoliberal messaging.

Even more troubling for the Conservatives is the rising spectre of right-wing populism in Canada. 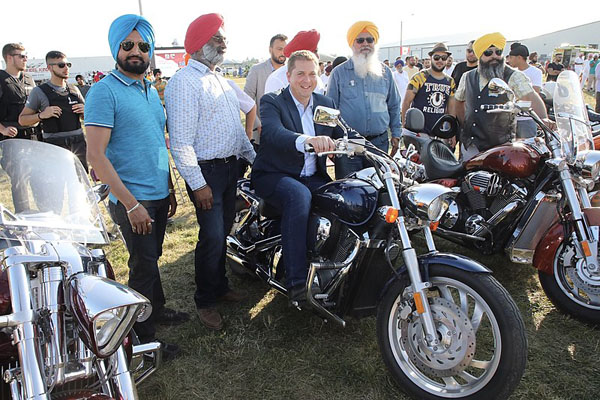 The recently founded People’s Party of Canada have offered themselves up as a populist alternative to the Conservatives, who party leader Maxime Bernier has accused of being “morally and intellectually bankrupt.”

Bernier has launched a direct challenge to the Conservative’s ownership of right-wing voters, offering a platform that seeks to draw support from those opposed to “mass immigration,” climate change policy, international aid and corporate welfare.

Bernier is running on the puzzling gambit that he can carve away libertarian and far-right support from the Conservative Party. So far the results have been less than positive for the newly established party, as the PPC has consistently polled at less than three per cent nationally.

However, if Bernier and the PPC are able to make further inroads with Conservative supporters in the weeks ahead, Scheer will no doubt be pressed to engage with issues that he would rather avoid.

Questions of immigration, national identity and cultural values helped sink Harper’s bid for re-election in 2015. If Scheer is forced into taking firm positions on these issues to ward off the PPC, it may very well play right into the hands of his opponents.

The Conservatives’ ideological future
This election is not only serving as a referendum on Trudeau’s leadership, but should also provide insight into the future of conservativism in Canada.

Given the iron grip Harper held over the party and the rapidly changing political landscape in 2019, it’s worth asking whether a shared commitment to neoliberalism will be a capable umbrella for holding the right together in Canada.

This is certainly what the Conservatives are banking on this election.

But given the existing issues with Scheer’s leadership, regressive developments south of the border and a burgeoning populist movement, it may be difficult for the Conservatives to keep their ideological big tent from bursting at the seams.

Brian Budd is a Ph.D Candidate at the University of Guelph.