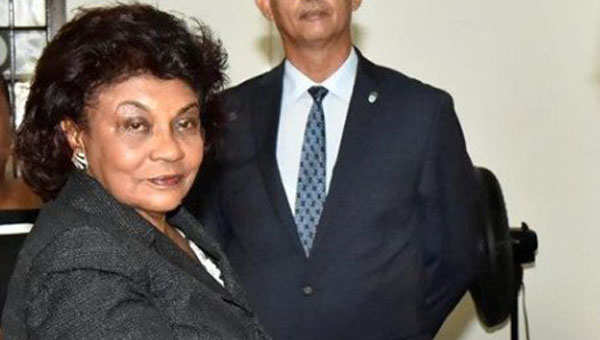 GECOM Chair, retired Justice, Claudette Singh, informed President David Granger that an election can be held by the end of February 2020.

GEORGETOWN, Guyana, September 19, 2019 (CMC) – The Chair of the Guyana Elections Commission (GECOM), retired Justice, Claudette Singh, says an election can be held, here, by the end of February, next year.

Based on this, President David Granger is now expected to name an election date.

On Wednesday, the GECOM Chair told the other Commissioners that she would inform the President of her decision on Thursday morning.

It’s reported that Granger received  a letter from the Chair, just after 10am (local time) today.

The President previously said that he is anxious to name an elections date since it was uncomfortable to be leading an interim government.

Guyana was plunged into a political crisis, late last year, when a member of the ruling coalition sided with the opposition in a no-confidence vote in the Granger administration.

That vote was upheld in the country’s highest court, the Caribbean Court of Justice (CCJ), in June, requiring the government to hold an election within three months.

Today, the diplomats from the United States, Britain and the European Union, said in a statement: “The situation comes at great cost to the people of Guyana. The prevailing political uncertainty undermines Guyanese institutions, compromises economic opportunities and delays development.”

The government has not yet issued a response to the statement.

The uncertainty comes as oil companies, including Exxon Mobil and Tullow Oil, have made a string of offshore, crude discoveries off Guyana’s coast in recent years, promising a windfall of revenue and a boost in growth for a small economy with no history of oil production.