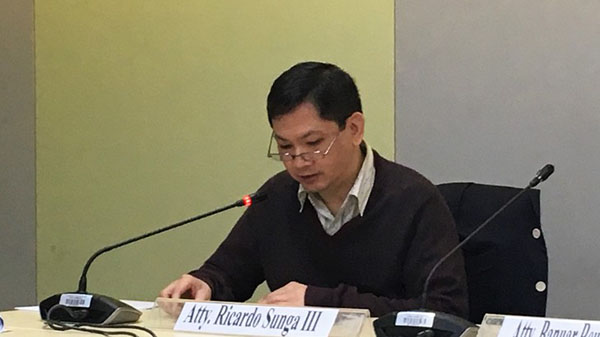 “There is clear evidence that racial profiling is endemic in the strategies and practices used by law enforcement,” said Ricardo Sunga, an attorney, who currently heads the expert panel, at the end of its official visit to the country. “Arbitrary use of ‘carding’ or street checks disproportionately affects people of African descent.”

The Working Group of Experts on People of African Descent was established on  April 25, 2002 by the then Commission on Human Rights, following the World Conference against Racism held in Durban in 2001. It is composed of five independent experts:  Ricardo A. Sunga III (the Philippines), current Chair-Rapporteur; Michal Balcerzak (Poland); Mireille Fanon Mendes-France (France), Sabelo Gumedze (South Africa) and Ahmed Reid (Jamaica).

“We urge the government to develop and implement an African Canadian Justice Strategy to address the anti-Black racism and discrimination within the criminal justice system,” Sunga added.

From October 17 to 21, a delegation of the Working Group visited Ottawa, Toronto, Halifax and Montreal to gain first-hand knowledge on racial discrimination, Afrophobia, xenophobia, and related intolerance affecting African-Canadians.

“In our conversation with African Canadians, we found that Canada’s history of enslavement, racial segregation, and marginalization, has had a deleterious impact on people of African descent, which must be addressed in partnership with African Canadian communities,” Sunga stressed.

The delegation, which also included human rights experts, Michal Balcerzak and Ahmed Reid, welcomed ongoing efforts by the new administration to revitalize efforts to address racial discrimination faced by people of African descent, and to promote human rights, diversity and inclusion in partnership with African Canadian communities and civil society organizations promoting the rights of people of African descent.

“We welcome, among other measures, the recent establishment of the Anti-Racism Directorate to address systemic racism and promote fair practices and policies across Ontario province,” Sunga said.

Special Procedures mandate-holders are independent human rights experts appointed by the Human Rights Council to address either specific country situations or thematic issues in all parts of the world. They are not UN staff and are independent from any government or organization. They serve in their individual capacity and do not receive a salary for their work.