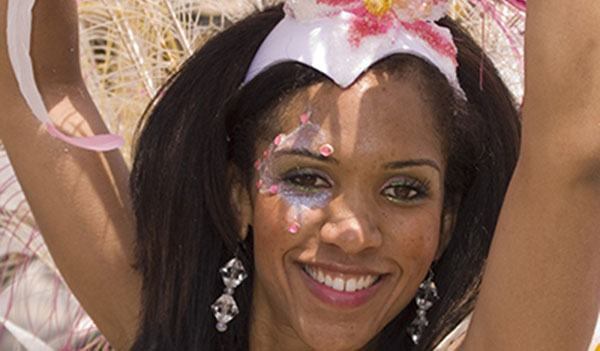 The Tension And Unpredictability Inherent In Staging Carnival

There are a few things that are part of the annual ritual of all carnivals. These rituals include complaints about unfair judging; dissatisfaction with government and private sector funding for the festival; questions about the receipt and disbursement of money; poor festival organizing; dissatisfaction with the administration of the carnival; and disappointment that the carnival did not live up to the expectation of one or more persons.

These rituals are ever present from Trinidad and Grenada in the southern Caribbean to Toronto and New York in North America, to Notting Hill in England.

And part of the reasons we’ll have these perennial griping about carnival, wherever it exists, is because of discordance and anachronism.

Modern carnival is a work in process, I submit; and, I’ve argued before and will continue to argue, that there never will be a “perfect’’ carnival to satisfy all stakeholders, including masqueraders, calypso and soca artistes, pannists, the government tax collectors, and the capitalists who invest in carnival and are looking for returns on their investments.

In a commentary, written shortly after this year’s carnival in Trinidad and Tobago, I noted that masquerading on the street began as a populist cultural celebration among poor, enslaved black folk; their only wealth was embodied in their spirit and their soul and their creativity and inherent talent for song and dance.

Carnival, in its germinal stage, was a free-flowing cultural expression. But, with the passage of time, tension has been growing over how to package carnival to make it both an entertaining and a money-making venture.

One of the challenges with this noble approach, I wrote, is the level of unpredictability and chaos inherent in carnival.

So, not surprisingly, the Festival Management Committee (FMC) experienced “challenges’’ this year as it attempted to route bands through the ground of Exhibition Place and then unto Lakeshore Boulevard in Toronto.

Christopher Alexander, the FMC’s chief administrative officer, said some things “went wrong’’ with this year’s carnival; that there was an issue with the “timing of the parade’’.

In short, the Scotiabank Toronto Caribbean Carnival was bedeviled by “unpredictability’’. It could have been anything else to cause the organizers some grief – a broken down float; the late arrival of a judge, for example.

The FMC, which was supposed to be the answer to the embattled Caribbean Cultural Committee (CCC), is now on the receiving end of similar criticism that was leveled at the CCC, which now carries the name the Caribbean Arts Group (CAG).

And I’m under no illusion that if another group is allowed to run carnival in Toronto, it too, will get its share of licks.

It is in this vein, therefore, that rapprochement should be made among all the carnival stakeholders in the city – including FMC and CAG – to arrive at a formula, and bring together all the talent that will enable Toronto to produce an excellent carnival each year. No one group and no one person has everything it takes to put on carnival.

It’s about time the City of Toronto stands down and begins to play a mediation role to bridge the gap among the various groups, and return the festival and its name – Caribana – to the community to run; with organizers and leaders chosen by community members in transparent and democratic elections.

There are claims in some quarters that the Toronto Caribbean Carnival is a privately run festival, with the city simply providing backing. Well, if that’s the case, then it should be public information.

For all the doomsday prediction of carnival’s “dying’’, there’s little chance of that occurring here or elsewhere. It’s too important in its cultural and economic importance for that to happen.

What is likely to happen though, is a continued dwindling in participation and support for some aspects of the carnival arts.

Steelbands are attracting lots of young people, especially girls. But the audience at competitions remains an older generation – many of them pannists from the 1960s, 70s and 80s. The biggest panorama crowds are at Trinidad and New York panoramas. And, even then, those cheering the bands generally are “ole timers’’.

Calypso, like pan, also has an aging following. The young – and young at heart – flock venues in every city, and every country, for Soca Monarch competitions.

Hundreds of artistes register to participate in the preliminary rounds of these soca competitions.

The traditionalists that run calypso associations, and reminisce about the “good ole days’’ of calypso and the lyrical beauty of compositions by Sparrow, Kitchener, Melody, Pretender, Roaring Lion and others, might want to consider how they could rope in the young people who gravitate to soca.

Perhaps, they can organize a “calypso’’ competition with artiste singing to a soca beat. Judging, overwhelmingly, will be based on lyrics – unlike a “real soca’’ competition where the emphasis is on stage presentation and the fashionable “jump and wave’’.

Soca championships also pay a lot more than calypso competitions. So, the future of calypso also appears to depend on bigger prize cheques for competitors.

Country and city carnival organizers worldwide also should consider establishing an international body that would allow for the exchange of expertise and ideas; and also ensure that a greater share of profits is returned to entertainers from the millions of dollars that are generated from the various carnival festivals.