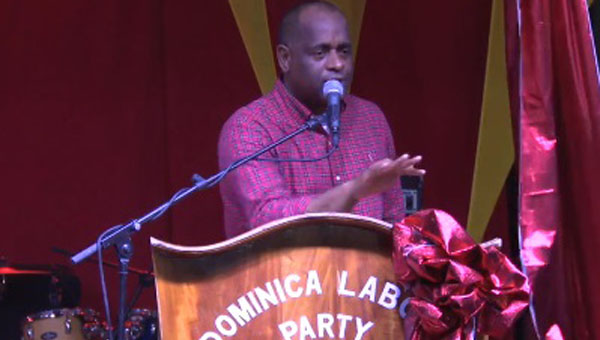 ROSEAU, Dominica, November 13, 2019 (CMC) – The two main political parties continued their campaign for the December 6 general election, here, over the weekend, with Prime Minister Roosevelt Skerrit telling supporters that the future of Dominica is “at a cross road”, while the leader of the main opposition, United Workers Party (UWP), Lennox Linton, told his supporters that “change is now a must”.

Skerrit, seeking to become the first-ever prime minister, here, to lead his party into a fifth consecutive general election victory, told supporters of the governing Dominica Labour Party (DLP), gathered in Soufriere on the island’s southwest coast, on Sunday, that they needed to turn out in their numbers to re-elect the DLP.

“Ladies and gentlemen, voting is important. Not voting in this election is not an option to consider, because, as I have said to you before, five years can be very short if you have the right leader and the right party in government.

“But five years can be very, very, long if you have the wrong leader and the wrong party in government. You have to vote, and I am saying to you, with the greatest of respect, that the only party that deserves your vote is the Dominica Labour Party (DLP),” the Prime Minister declared.

“You decide which direction you are going to take. You decide who is going to continue driving this vehicle, called the Commonwealth of Dominica, and you have to examine the quality of candidates both teams are presenting. You start with the leadership of both teams. Look at the track records of both leaders, examine who have an understanding of what Dominica needs and who is prepared to work had to get it done,” Skerrit, who is himself seeking a fourth consecutive term as prime minister, told supporters.

But as he addressed UWP supporters in Salybia, a hamlet on the east coast of the island, opposition leader, Linton, said that a “change is now a must” after 20 consecutive years of the DLP being in power. 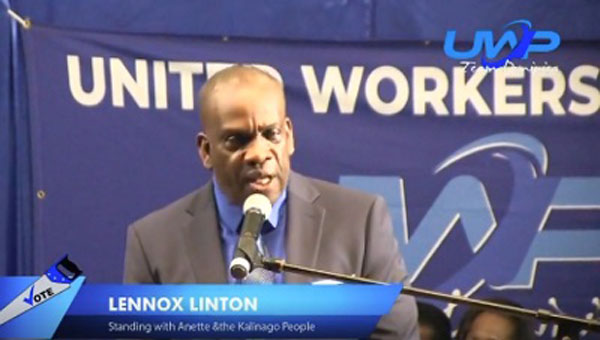 “That is why your God that has endorsed the vision, has also come with the provision, because he never gives you vision without provision,” Linton said, noting that the party’s candidate for the constituency, Anette Sandford, “is capable of articulating that vision and capable of working with your United Workers Party Team Dominica, to ensure that all the things that the Dominica Labour Party ensured did not happen…in the last 20 years, will happen within our first term in office”.

Linton told supporters that the election has been called “by a man, who has made himself the chief enemy of free and fair elections in Dominica”.

Linton said that all aspects of the economy, tourism, agriculture, as well as the cultural sectors, have suffered over the past 20 years, under the DLP administration.

“Rest assured that a new day is coming, a new day, in which the resources of Dominica will serve the people of Dominica,” said Linton, who is leading the party into a second general election, here.