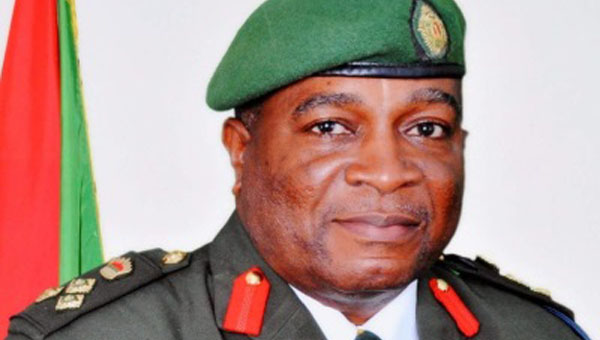 Retired Brigadier, Mark A. Phillips, has been named as the PPP/C's Prime Ministerial candidate for the country's March 2 election.

In a statement, the PPP/C said that at a meeting of its Central Committee, Phillips “was unanimously endorsed” as the party’s Prime Ministerial Candidate.

Nomination Day for the March 2 election will be on Friday, January 10.

“Mr. Phillips has had a long and distinguished career in the Guyana Defence Force (GDF), spanning nearly four decades, culminating with his appointment as the 8th Chief of Staff of the GDF, from September 2013, until he retired in October 2016.

“As a member of the Army, Mr. Phillips held a number of crucial leadership positions, at various levels and ranks, and his consistent upward mobility clearly demonstrated that he acquitted himself with distinction, in every position held,” the PPP/C said in the statement.

It noted that apart from his military training, Phillips is also well-qualified academically, with degrees in Public Management and several post-graduate diplomas in defence planning and various areas of management.

“Mr. Phillips is, therefore, well qualified and equipped to partner with the PPP/C as its Prime Ministerial candidate, as it strides forward to win the upcoming elections and form the next government of Guyana. The Party’s leadership and its supporters expect Brigadier (retired) Mark Phillips to serve all the people of Guyana, in accordance with the high PPP/C tradition of discipline, dedication, loyalty and commitment, both in and out of government.”

The statement said that Phillips was “unanimously endorsed” after the other contender, Bishop Juan Edghill, wrote indicating his withdrawal.

“The PPP/C takes this opportunity to recognize the tremendous contribution of Bishop Edghill in championing the cause of all of our people, both in the National Assembly and across the length and breadth of Guyana, against a corrupt, incompetent and unconstitutional Granger-led government,” the statement said.

In a brief statement later, Edghill extended congratulations to Phillips, saying he believes the candidate “will play his role and work, arduously, for a new wave of prosperity in Guyana in the next PPP/C administration. The PPP/C Team is stronger by these additions”.

The PPP/C is challenging the coalition — A Partnership for National Unity (APNU) and the Alliance For Change (AFC) — in the March 2 general and regional elections.

In the last election, APNU and the AFC won by a slender one seat majority in the 65-member Parliament. But Jagdeo, in December 2028, successfully tabled a motion of no-confidence in the David Granger-led coalition, after a government legislator sided with the opposition.