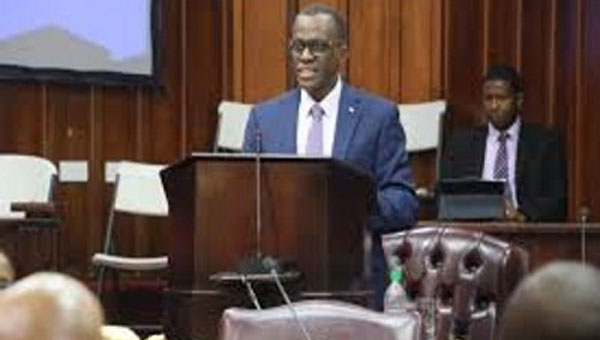 St. Lucia’s Opposition Leader Says He Feels Vindicated In Moving Motion Of No Confidence Against Government

CASTRIES, St. Lucia, January 20, 2020 (CMC) – Opposition Leader, Phillip J. Pierre, says he feels vindicated, in tabling the unsuccessful motion of no confidence against Prime Minister, Allen Chastanet, as he accused the government of failing to improve the socio-economic conditions of St. Lucians, over the past four years.

In a nationwide radio and television broadcast, last night, Pierre, said the “emptiness of the Prime Minister’s pronouncements are well-known”, and that a St. Lucia Labour Party (SLP) administration would, in the future, develop a “shared vision, rooted in the personal aspirations of most St. Lucians, to confront the problems that plague our society”.

In his address, titled “Restoring Hope and Confidence”, Pierre said that the island is operating well below its capacity, with “major problems” continuing “to confront us in the areas of health care, crime, education, youth unemployment, economic inequality and corruption”.

Pierre claimed that the economic and social alienation of some citizens were contributing to the crime situation, here, and warned that “if the problem of alienation is not adequately addressed”, no amount of expenditure on policing “will solve our crime situation”.

He promised that a future SLP government would hold accountable, all those responsible for acts of corruption and the misuse of public funds.

“If we are to address these problems, adequately, as a country, we need a servant-leader we can trust; not a sweet-talking leader telling untruths and doing so unashamedly, indicating clearly his contempt for the people of St. Lucia,” Pierre said.

The SLP leader told the nation that citizens have been peppered with promises of all sorts, including “new hotels, major road rehabilitation, hospitals and several more, all of which to take place within the space of the next year”.

He reminded the audience that since 2016, the population had been promised the construction of five to seven hotels, the elimination of value added tax (VAT) and funds in their pockets.

“Now into the fourth year of this UWP (United Workers Party) administration and with nothing to show, I feel further vindicated in tabling in parliament my historic no-confidence motion in the Prime Minister in January last year,” he said.

Prime Minister Chastanet easily survived the motion of no confidence against him, after government legislators voted along party lines to defeat the measure.

Chastanet, himself, did not make any contribution to the debate, except on occasions when he sought to correct “misleading” statements, by opposition legislators, during the marathon parliamentary session, in which the government’s 11 members easily outvoted the six opposition parliamentarians.

Pierre said that a vision for St. Lucia should include access to quality health care, based on need, rather than ability to pay; education promoted and widely accepted as a right and not a privilege; as well as preference for meritocracy over nepotism in the employment of public servants.

Pierre is also promising to establish a youth economy that “will help create a new cadre of young entrepreneurs, who will be supported by government, ensuring greater access to finance, the provision of marketing and skills training”.

An economist, Pierre is also promising an inclusive economy, aware of the “perils of uncontrolled debt accumulation and its effect on the population”.

He said that the International Monetary Fund (IMF), in its latest report on St. Lucia, “made mention of the worrying rise in St. Lucia’s debt profile”, and that a future SLP administration “will ensure prudent fiscal management, by halting the unnecessary and reckless borrowing that has characterized this current administration, over the past three-and-a-half years”.