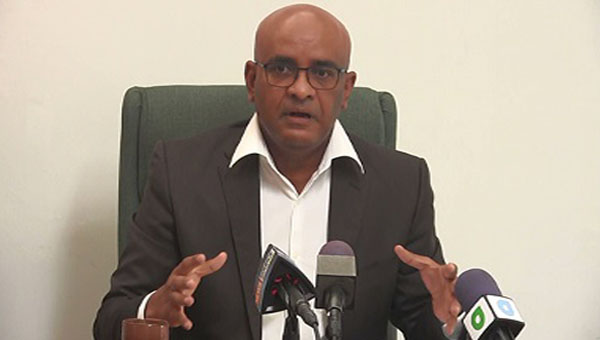 Speaking during his weekly press conference, yesterday, Jagdeo told reporters that he was informed by Google of attempts being made to access his emails.

While not saying if a report was filed with the police, the former president claimed that there have also been efforts, online, to create fake profiles of PPP-C members and make fake statements on social media.

It was under the Jagdeo Presidency that a quick-response cyber unit was formed, which utilized state resources to attack then-Opposition and other persons on social media over statements that they made against his government.

That unit was housed in the former Government Information News Agency (GINA) building and several persons, including relatives of former government Ministers, were hired and paid to create fake accounts and attack anyone on social media, who spoke out against the former PPP-C government.