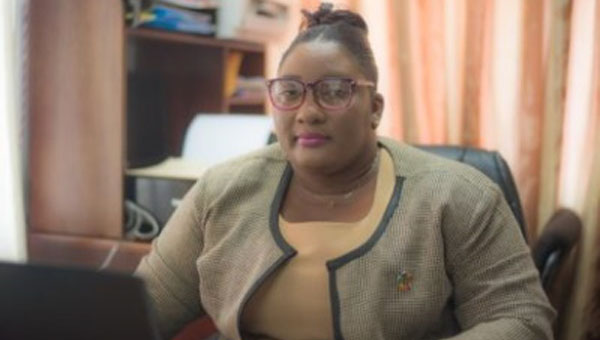 GEORGETOWN, Guyana, May 1, 2020 (CMC) – The high-level Caribbean Community (CARICOM) team that will be overlooking the national recount of the votes cast in the recent, disputed general elections, arrived in Guyana at the Eugene F. Correia International Airport, in Ogle, Greater Georgetown, this afternoon.

Guyana Elections Commission(GECOM) Public Relations Officer, Yolanda Ward, disclosed that the CARICOM team will include: Cynthia Barrow-Giles, a senior lecturer at the Cave hill campus of the University of the West Indies (UWI); the Commissioner of the Antigua and Barbuda Electoral Commission, John Jarvis; and the Supervisor of Electoral Commission of St. Vincent and the Grenadines, Sylvester King.

GECOM said that the CARICOM team will be taking on the role of scrutineer, and will serve as a “third party”, during the recount process.

In a statement, earlier today, CARICOM Chair, Mia Mottley, who is also Barbados’ Prime Minister, announced that Barrow-Giles was a member of the high-level team, which came to Guyana in March, to participate in a scheduled recount, which had to be aborted. The other members of that team are unavailable for the present mission, but both Jarvis and King participated in the CARICOM Electoral Observer Mission for the elections, held on 2 March.

“The Community calls on all concerned, to ensure a credible and transparent recount process, in order to provide legitimacy to any government, which would be sworn in as a result. This process must be completed without further delay,” Mottley urged, adding that the regional grouping “thanks the government of Canada for the generous support it has provided to CARICOM for this initiative”.

The Commission has not yet named the date for the recount, but had indicated earlier, it was awaiting word of the CARICOM’s team’s readiness to travel to Guyana, before making any such announcement.

It said that 80 staff members, who will be part of the re-count process, participated in a one-day training exercise at the Arthur Chung Conference Centre (ACCC), yesterday, where the recount will take place.

Both the ruling coalition, A Partnership for National Unity (APNU) and the main opposition have claimed victory in the election that was observed by teams from the national, regional and international community.

Meanwhile, the main opposition party, People’s Progressive Party/Civic (PPP/C) indicated, it has no intention of seeking legal action to challenge the recount, but is expressed concerns about transparency in the process.

PPP/C General Secretary, Bharat Jagdeo, told reporters, “we are not challenging, we don’t have any intention of challenging a recount that we fought for. We continue to have grave concerns about its transparency”.

He said that the “cabal” still exists at GECOM and may “try something, but the good thing is that the international community has remained resolved and our party agents will be there”.

GECOM has said set a 25-day timeline for the completion of ballot recount process.