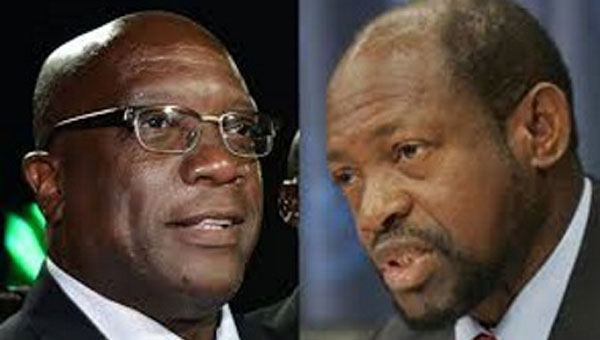 BASSETERRE, St. Kitts and Nevis, June 1, 2020 (CMC) – A political debate, between the leaders of the two main political parties contesting the June 5 general election, will, most likely, not be held, after only the leader of the main opposition, St. Kitts-Nevis Labour Party (SKNLP), Dr. Denzil Douglas, has responded to the invitation.

The management of the radio station, WINNFM, wrote to Prime Minister, Dr. Timothy Harris, the leader of the governing coalition, Team Unity; and Douglas, regarding the debate and, while the Office of the Prime Minister acknowledged receiving the May 25 letter, the radio station reported, in a statement, that “there is no official response to the challenge”, while, “on the other hand, the SKNLP wrote to WINN agreeing to the debate”.

WINN FM’s Chairman, Garth Wilkin, agreed to facilitate the debate, after Douglas had made the request, during his appearance, on a current affairs program, on the radio station.

“The WINN letter offered to arrange a debate, on or before June 2, with the highest level of diplomacy and respect, without vitriolic statements or allegations of misconduct,” the statement revealed.

In the letter, Wilkin wrote that the debate would be in the Lincoln-Douglas Format, “an open style of debate, which places a heavy emphasis on logic, ethical values, and philosophy.

Wilkin said that the station had envisioned that the leaders would agree on time limits and topics that would cover the future socio-economic development of the twin-island Federation, as well as on the coronavirus (COVID-19) pandemic,  and a question, voted on by the general public, which will be provided to each participant, at least 2 days before the debate.

Meanwhile, the SKNLP promised it will provide for all citizens, over the age of 18, to import a vehicle duty free, “once in their lifetime”, if it is elected to office.

In its “NextGen Agenda for Prosperity and Good Governance”, released, here, over the weekend, the Party said that it would create thousands of jobs, by expanding the enclave manufacturing sector, diversifying the tourism product, and attracting direct investment, with a focus on Diaspora engagement.

The SKNLP said that economic diversification would allow for the development of the creative industries, health and wellness tourism and the medicinal cannabis industry.

The party is also predicting to build over 2,000 low-income homes, with thousands more in subsidized mixed-housing solutions, with upgraded amenities, and constructing a new Joseph N. France General Hospital.

It is also promising duty-free concessions and tax relief for small Business, as part of a “Start from Zero” package, and reducing the value added tax (VAT), from 17 to 13 percent, plus three VAT reduction days.

Douglas said that the SKNLP, which was voted out of office in 2015, had used the time for “active listening, sober reflection and, conscious learning”, in order to ensure that its platform is “reflective of the dreams, hopes and aspirations of the people, as well as their expectations of their leaders”.