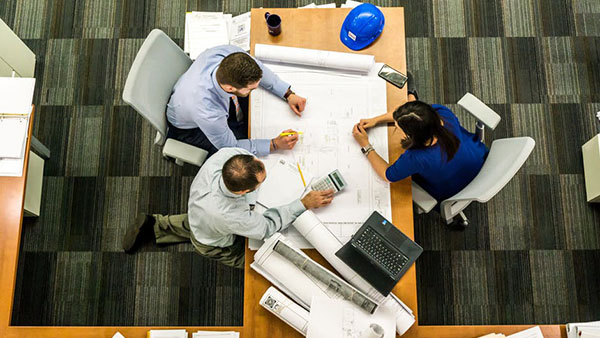 Five Business Clichés And “Don’t Says” To Avoid At Work

Those pointless little phrases you use at work might be sending exactly the wrong message — for instance, that you’re too lazy to come up with something better. Below, I explain why it’s time to ditch those business clichés.

Look up “business buzzwords” or “business clichés” and you’ll find article after article about these irritating, overused phrases. In fact, new ones come out each year documenting the latest crop that’s flourishing in workplaces across the globe.

In a world drowning in buzzwords, tweets, and hashtags, spouting mindless clichés in the workplace may seem harmless. But using too many professional platitudes could be more problematic than you thought.

Not only can business clichés be annoying to others who hear them day in and day out, they are the language of laziness. When you use them, you effectively fail to focus your thoughts and really identify what you’re trying to communicate and accomplish.

Language that is “mindless” isn’t also “harmless.” The risks of vague language aren’t just practical detail mix-ups between coworkers. Many of these phrases are actually actively promoting terrible morale that shoves projects and careers into stagnation.

By abusing clichés, you might be projecting an apathetic and lazy attitude without even realizing it.

If you’re too lazy to come up with a way to say something other than resorting to a trite buzzword, isn’t that a sign that you’ll be lazy in other areas at work as well? Whether it’s true or not, that’s the message you’re broadcasting.

Accessible for all working generations and speaking from the most traditional of suited workplaces to the domains (and domain names) of Zuckerberg hoodies and office dogs, my new book, The Thing About Work: Showing Up and Other Important Matters, offers tips for what not to say in your day-to-day. For instance:

“It is what it is” is the sound of defeat. The subtext of “it is what it is” is: “I give up.” That negativity enforces the kind of thinking that kills projects and how coworkers understand your attitude. It makes you the Debbie Downer in business clothing. You might as well say, “Life sucks and work is even worse,” and this attitude gets old very fast. 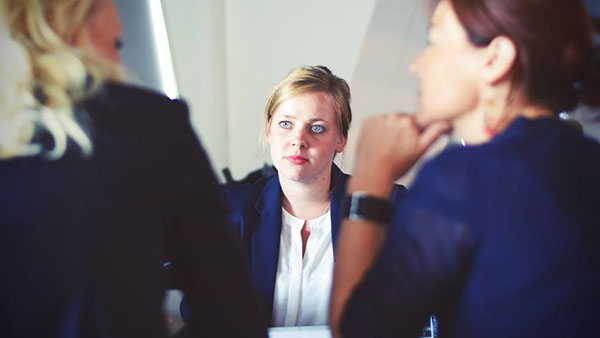 If the “low-hanging fruit” even does exist, going after it is just bad strategy. The analogy of going after what requires less effort normalizes what is too easy and simply not existent. Even if it does, the fruit on the top of the tree is ripest, and that’s where the greatest returns for your effort will be.

These next two aren’t exactly clichés but they’re still all-too-common phrases you should probably avoid. (Call them the “Don’t Says” perhaps.)

Ditch the R-word and the B-word. Though they’re not the hot-button words you’re likely thinking of, Really? and But often exude a snarky, bad attitude, or are just plain irritating. It’s certainly not true in every spoken instance of these little words, but when your go-to response is “Really?” when a co-worker asks for help or you’re constantly using “But” to excuse your own responsibility or knock down something (or someone) else—well, it’s really annoying.

“I don’t know; what do you want to do?” is a known verbal con-job. I cite the “Abilene Paradox,” a group dynamics phenomenon. When nobody knows what exactly they want to do, it’s likely the group will settle on a decision nobody in the group wanted at all. It’s best to stop these indecisive circles in their tracks with an assertive, “I don’t want to do that.”

Pay attention to what you’re saying at work and what it really means. If you’ve gotten in the habit of falling back on clichés or other forms of lazy language, you might be surprised by how much effort it takes to stop and really think about what you mean. But it’s absolutely worth making the effort.

And if you’re a leader, just listen to what employees say over and over. Be alert to the phrase du jour at work. It may tell you more about the people around you than you ever imagined.

Richard Moran is the current president of Menlo College in Atherton, California, and the author of  “The Thing About Work: Showing Up and Other Important Matters”. He has served as a venture capitalist and consultant to Fortune 500 companies, including Apple Computer and News Corporation. An evangelist for organizational effectiveness, he has authored several books and pioneered the genre of “Business Bullet Books” with Never Confuse a Memo with Reality. A frequent contributor and influencer on LinkedIn, Moran hosts the weekend radio show, “In the Workplace”, on KCBS, and has inspired many as a frequent speaker on workplace issues. His website is: www.richardmoran.com.