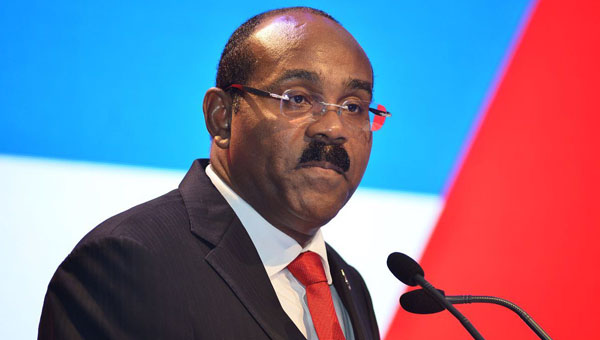 The Prime Minister disclosed that some countries continue to press the twin-island country for money, “even though we are not in a position to pay them”.

Speaking in parliament, yesterday, Browne recalled a telephone conversation, he said he had, with American Ambassador to Antigua, Linda Taglialatela, in which she demanded EC$ 25 million, owned for a port loan, several years ago.

“Up to last week, I had a call from the US Ambassador telling me that we owe them for the port loan and they want their money.

“In fact, she reckoned the arrears is about US $9 million, plus or 25 million…so, I asked the distinguished Ambassador, how do you expect us to pay that 25 million dollar debt, in terms of the arrears, at a time when we cannot even pay salaries and wages…..and I said it, not because we just don’t want to pay, but we don’t have the resources. The irony about it too, is that they owe us for the WTO debt, and even though we asked them to do a set-off against what they owe us, they are not looking at us,” he recounted.

“In fact, what they have done, during this time of covid, the Ambassador said to me, the US will withdraw all the military support they give to the Antigua and Barbuda Defence Force,” he added.

Browne said, at the same time, the US is questioning the country’s relationship with China.

“These are the challenges we have to deal with, as a small nation. And then, the very ambassador will ask me, why we are so close to China. Now I don’t know if they want us to be self-sacrificing allies, and to take a hostile position against China and to eliminate that source of support.

“We have to work with those, who help us to build capacity,” the prime minister insisted.