New in Pride
Home / Commentary / The Taking Of Black Lives: Is America On The Brink Of Racial Strife? 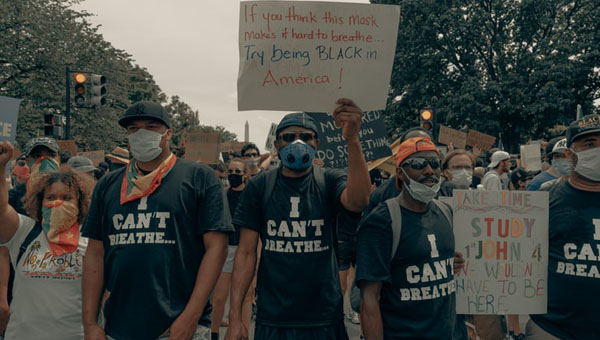 Does the police hear? Do they care? Judgment seems to fail, when police encounters a Black male. Photo credit: Clay Banks/Unsplash.

Demonstrations and violent riots alike, erupted across US and Canadian cities, in response to police brutality and the murder, or public lynching, of a Black American, George Floyd, in Minneapolis on May 25.

Three police officers stood and watched as a fourth, Derek Chauvin, knelt on Floyd’s neck. They looked on for 8 minutes and 46 seconds, with Floyd being unresponsive for 2 minutes and 53 seconds of that, according to the criminal complaint against Chauvin.

They did absolutely nothing to stop the murder. In fact, their silence could be considered as much an act of violence, as Chauvin’s knee. Had there been no video recording of the murder, they likely would have upheld the Code Blue loyalty, and lied about what actually took place.

Americans took to the streets, joined by nations, the world over, to demand an end to police brutality, to demonstrate their pain and the hope that their voices will be heard — and that their rights will be respected.

The very crisis that commenced and emerged from the images of police violence and brutality, now keeps on providing more evidence. The ubiquity of cellphones has created a disturbing array of videos that reflect violent police behavior.

On Friday, June 12, in Atlanta, Georgia, Rayshard Brooks, a 27-year-old Black male was shot and killed by police, in what is being called, unjustified use of deadly force.

Police responded to a complaint of a man asleep in his vehicle, in the drive-thru of a fast food restaurant, blocking it and causing customers to have to circumvent the vehicle, in order to pick up their orders.

The police conducted a field sobriety test, and attempted to place Brooks under arrest, he resisted and a struggle ensued. The police officer deployed a taser, which the suspect gained control of. Brooks was shot in his back, in the struggle to reclaim the taser.

The killing of yet another Black male follows swiftly, on the heels of weeks of nationwide unrest, sparked by the killing of George Floyd by Minneapolis police. Floyd was laid to rest, only two days prior to the shooting.

America bears witness, to what can only be termed, a pandemic of police abuse: the shooting of unarmed Black males. The history of police abuse is longstanding and far-reaching, and appears to be blatantly defying any, and all, attempts at eradication.

The truth we cannot hide, and I am not being snide — it is plain and simple, genocide. Law enforcement is basically a hotbed of racism, for despite unprecedented video evidence, accountability remains rare.

For far too often, male African Americans have been brutalized, at the hands of those, sworn to protect and serve, all without mercy and consequence. Floyd’s plea for mercy — “I can’t breathe” — was an echo of Eric Garner’s last words.

Thanks to the American police more than 200 cities, in nearly 50 states, are confronted with a rage, never before seen, since the 1960’s, at the height of the Vietnam War.

Since the 2012 shooting death of Trayvon Martin, a series of high-profile deaths of African Americans, at the hands of police or in police custody — including Michael Brown, Eric Garner, Tamir Rice, Alton Sterling, Philandro Castile, Terence Crutcher, Sandra Bland, Michael Brown, Ahmaud Arberry, among many others — the world has been a viewer of structural discrimination against Black American males. 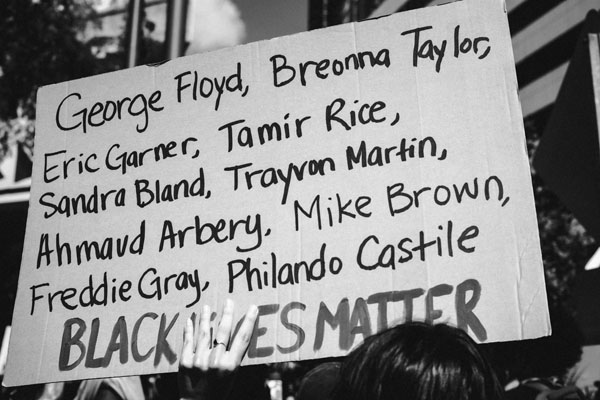 The historical legacy of enslavement, subjugation, marginalization, terror, segregation and exclusion from enjoying the rights of American citizens, both de jure and de facto, has ongoing repercussions for Blacks’ full enjoyment of human rights today.

Given this fact, a serious reckoning with the legacy of racism and discrimination is immediately necessary, to effectively avert civil unrest. Policing practices, and racial disparities that permeate virtually every part of the criminal justice system, are widespread and represent a clear threat to the human rights of African Americans, including the right to life and personal integrity.

In killings after killings, America has been put on notice, to modify the culture of policing and dynamics between the police and Blacks, in order to build trust and confidence.

Regarding the use of force and protection against arbitrary deprivation of life, police use of force must be guided, by the principles of absolute necessity, proportionality and, above all, legality. Lethal force is permissible, only when absolutely necessary to protect life.

The rules are very clear; the unanswered question is: “Do the police hear? Or is it to be assumed, based on their actions, that they do not really care. Therefore, dismissal can be seen as an immediate measure, aimed at producing transient pleasure.

The truth lies deeper in the fact that the killings of Black men, are not just confined to one or two cities, far apart, but is, instead, a pervasive culture among white policemen, all over the nation. COPS HAVE GOT TO BE STOPPED.

The fact must be faced that some people — white, black or brown, even motley colored – have violent, authoritarian personalities. The only place they can legally get a gun or a baton and occasionally use them to kill or maim, is in a law enforcement agency or the military. Again, we are reminded of this truth, through the crisis they have brought to the policing of America’s cities.

If the public should hold, as truth, the saying that there are only a few bad cops, and there is nothing a good cop hates like a bad cop, the clarion is once again being sounded, and roll call taken. Now hear our shout — SEND THE GOOD COPS OUT.

If the police killings continue, unchecked, then, sadly, the boys in blue will be the drivers of the car that leads America into civil war. America has gone, far too long, without taking the race issue seriously.

Very little time is left, in which to try and beat, what has been termed, torrents — veritable rivers of blood. The boys in blue are the drivers of the car that takes America to civil war.

There is a limit to how much oppression Black Americans will take. 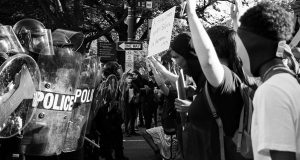 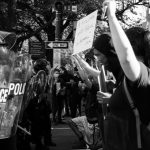