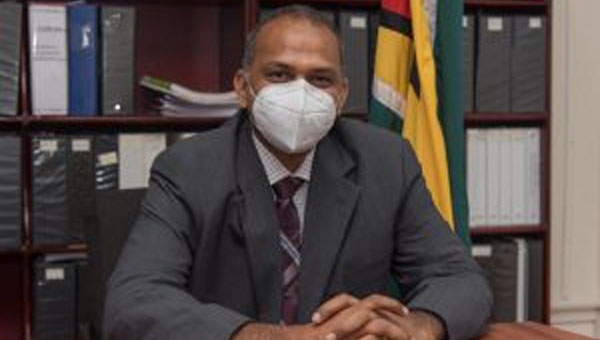 He revealed that Guyana is among the 92 countries eligible for coverage under COVAX, a body of organisations, including the World Health Organization (WHO), the Coalition for Epidemic Preparedness Innovations and GAVI — the vaccine alliance.

“They have come together, pooled their resources and created this platform that allows people to access vaccines; and they intend to procure two billion doses of vaccines,” Minister Anthony reported.

He said, Guyana submitted its application for vaccines more than a month ago, the cost of which will be covered by COVAX, with a substantial sum covered by GAVI, which has a mission of ensuring equal access to vaccines.

According to the Health Minister, Guyana will not benefit from the European Union’s down payment for one million doses of vaccines, and it is not among the 12 Caribbean countries set to receive through that effort.

Anthony had earlier revealed that Guyana had held discussions with the government of India, which is working on producing at least one billion doses of vaccines for early next year; elaborating that talks were also held with Russia and Argentina, with the latter committing 250 million doses of its COVID-19 vaccines to countries in South America, once successful testing has been completed.