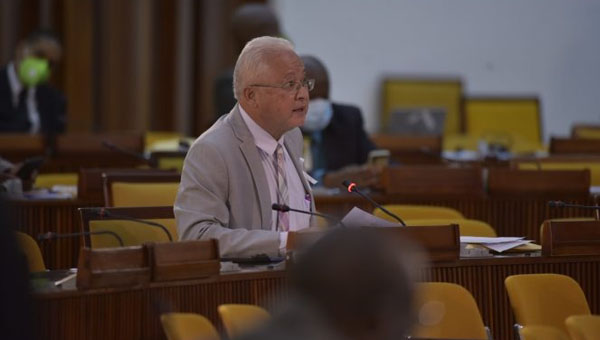 KINGSTON, Jamaica (Thursday, November 19, 2020) — The House of Representatives, on Tuesday (November 17), passed the Dogs (Liability for Attacks) Act 2020, which provides for criminal and civil liability for an owner of a dog that attacks, injures and/or causes the death of a person.

The legislation, which was moved by Minister of Justice, Delroy Chuck, was approved with 17 amendments.

Passage of the Bill follows several vicious attacks on members of the public, which led to a national outcry for the existing 1877 Act to be amended, as it had no provision for criminal sanctions for negligence of persons, whose dogs attack or injure members of the public.

As stated in the Memorandum of Objects and Reasons, the decision was taken to repeal the Dogs (Liability for Injuries by) Act and replace it with legislation that imposes a statutory duty on the owner of a dog, to exercise management and control of the animal and to ensure that the dog does not cause injury to an individual in a public place.

Fines, ranging from $500,000 to $3 million, or imprisonment, from six months to 15 years, are being proposed as criminal penalties, where an individual is attacked by a dog.

It also provides for civil liabilities, if the dog causes injury in any place other than its home or where it is normally kept.