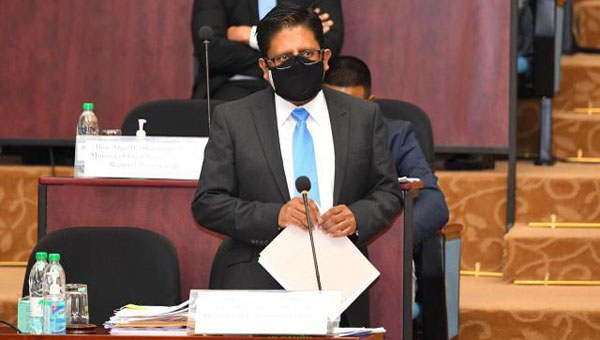 Senior Minister in the Office of the President with responsibility for Finance, Dr. Ashni Singh.

GEORGETOWN, Guyana (Friday, February 5, 2021) — The Guyana government’s ability to undertake its development agenda, got a boost, last evening, with the confirmation of the increase of the Public Loans Act and the External Loans Act.

The debt ceilings for both Acts were increased, from $150 billion to $500 billion and from $400 billion to $650 billion, respectively, in the National Assembly.

The Orders to have the ceilings increased was brought by Senior Minister in the Office of the President with responsibility for Finance, Dr. Ashni Singh.

Minister Singh told the National Assembly that the move to have the ceilings increased is a result of the State having a net overdraft of over $90 billion, when the PPP/C took office back in August.

He added that this amount would surpass over $100 billion, if other obligations, undertaken by the previous administration, were taken into account.

Minister Singh also alluded to the over $12 billion owed to the Guyana Power and Light, and pointed out that the increase in the debt ceilings will facilitate the development agenda, intended to bring relief to the people of Guyana.

“Those interventions will require new borrowing. It is against that backdrop that we have moved, and are now proposing to increase the ceilings that apply to both the domestic and external debt ceiling. These ceiling were last adjusted almost 30 years ago,” the Minister stated.

The domestic debt ceiling was last adjusted in 1994. At that time, it was set at 200 percent of the country’s Gross Domestic Product (GDP) compared to the 53 percent to which the government is now increasing it.

Minister Singh said the revised amount in 1994 was more than six times the amount of the country’s revenue, compared to the 2.19 times, proposed by the government.

“It gives you a sense of how seriously we take our responsibilities, with ensuring that we cap the level of debt that we are contracting, at a level that would remain,” the Minister said.

Minister Singh told the National Assembly that the PPP/C administration has a track record of restoring broken economies, adding that the increase in the debt ceilings will ensure the government is able to make the necessary investments, to realise a trajectory of positive economic growth.

Meanwhile, Minister of Public Works, Bishop Juan Edghill, told the National Assembly that development has a timeframe, and the government needs the flexibility to undertake its developmental agenda. 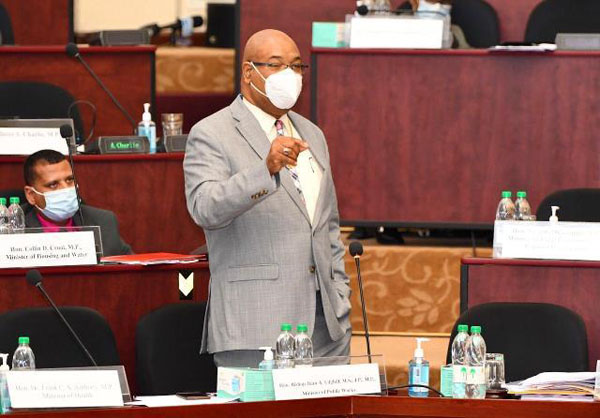 The Minister added that the oil and gas sector will facilitate massive development and Guyana must be prepared, including providing better education, healthcare and the necessary infrastructure.

“We have to ensure the economic architecture is in place. Access to financing, reduced interest rates, ensuring sustainability and all of these things are necessary in order to modernise Guyana,” Minister Edghill said.

He noted that the increase in the debt ceilings is about creating opportunities for future generations and opening up avenues for them to flourish.