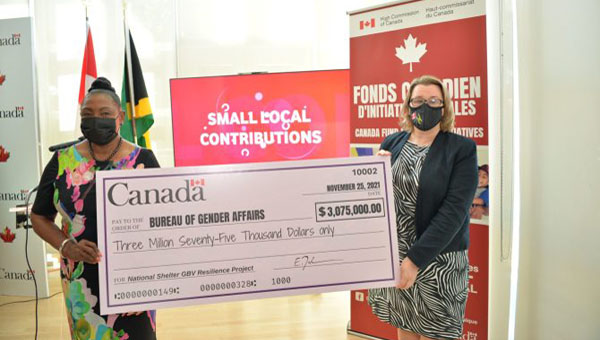 Canadian High Commissioner to Jamaica, Emina Tudakovic (right), and Jamaica's Minister of Culture, Gender, Entertainment and Sport, Olivia Grange, display a cheque of $3,075,000, donated to the Bureau of Gender Affairs (BGA), from a gift of $21 million to causes of women empowerment, at a handover ceremony, held at the High Commission of Canada in St. Andrew, yesterday. Photo credit: Yhomo Hutchinson.

Speaking at the handover of the funds at the High Commission of Canada, in St. Andrew, yesterday, Tudakovic said the donation is geared at “achieving real impact at the community level”, and to share and build “important work that we have been doing”, to accelerate action and enhance the “collective important work”.

She noted that the gift was made, by the Canada Fund for Local Initiatives (CFLI), to the Bureau of Gender Affairs (BGA) and seven local organisations, to support various community-based projects,including gender-based violence (GBV) interventions and the coronavirus (COVID-19) response, and will “reduce gender inequality”.

“This project contributes immensely to peace and restoration for several survivors of gender-based violence and women-led community groups,” the Minister said, adding that it will also strengthen local government and community governance structures. 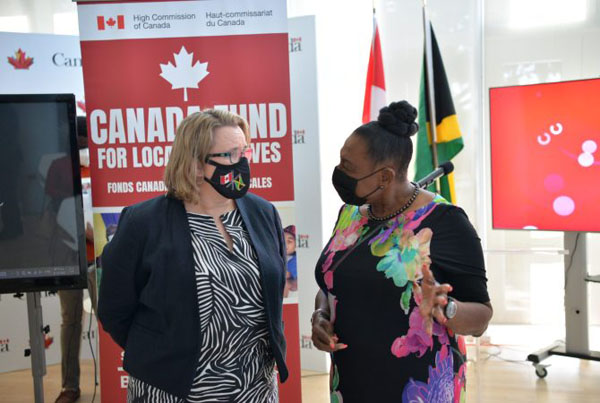 The BGA was officially handed $3,075,000, to improve the economic and psychosocial support offered at the country’s national shelters. All the recipient groups, including the BGA, will implement activities to address social and economic issues, arising from the pandemic for the 2021 to 2022 period.

The event was also used to officially launch and commemorate 16 Days of Activism Against Gender-Based Violence and the National Day of Remembrance and Action on Violence Against Women in Canada. 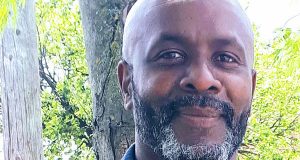